This year marks the 30th anniversary of CarmelFest presented by Carmel Rotary Club, and with that benchmark comes growth and new additions to the two-day festival that draws thousands of people from all over central Indiana and beyond over the 3rd and 4th of July. 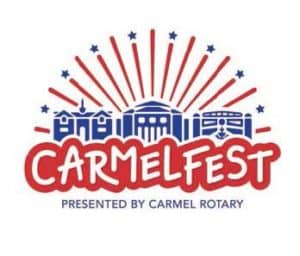 CarmelFest Chairperson James Bednarski is overseeing the festival for the second of his three-year term. Bednarski succeeded Gary Sexton and attributes the success of his first year to his entire CarmelFest Committee “family” and the support of his wife, Julie, and son, Connor.

“This is my fourth year on the CarmelFest committee,” Bednarski shared. “My first year on the committee, I handled parking and golf carts. The second year, I did more of the same and tried to simplify and expand our opportunities to make sure our patrons have good parking. Year three, I did get a little arm twist to help out with facilities. The facilities committee is the infrastructure of the entire event. Without that, there is no foundation.”

Behind the scenes of this spectacular July 4th extravaganza is the dedication and selflessness of one small army of 50 strong, the CarmelFest committee diligently led by Bednarski.

Bednarski shared a few things that are new and what is returning to this year’s CarmelFest.

“We are actually doing a brand new ‘zone,’” he said. “We are taking over Center Green and have created something called the ‘ExtremeZone,’ which is the ‘KidZone’ on steroids. We have 10 huge inflatables that are kind of like ‘Ninja Warrior’ type things for young tweens and teens, and of course, there may be an adventurous adult or two. In addition, we have a mobile, 200-foot zip line that’s going directly in front of the Palladium, running east to west. We’ve got a great partner, Moonwalks & More, who are bringing in the inflatables and are helping us run the KidZone and ExtremeZone.”

Bednarski will be working alongside his son, Connor, once again this year during CarmelFest as volunteerism is a passion that both father and son exude.

“Connor is running the ExtremeZone committee,” Bednarski said. “He raised his hand to help because he is passionate about serving the community, and this is a way that we bond. We volunteer together. We also volunteer at the food pantry up at Merciful H.E.L.P. Center and volunteer for events with the Rotary Club of Carmel.”

Bednarski announced that the festival will have two new radio stations coming this year, 107.9 The Mix and 99.5 WZPL. They will be onsite at the ExtremeZone and will play music and some live broadcast.

Returning to CarmelFest are some crowd favorites, the return of the “candy line” during the CarmelFest Parade. “The candy line is back,” Bednarski said. “Parade-goers just need to remember to stay behind the chalk line. We will bring the candy to you.”

The parade route will not be affected by construction this year, according to city officials. “The mayor has promised that Range Line Road will be open,” Bednarski stated. “I have been told that the goal is to have Range Line ready and open for the opening of CarmelFest. The administration is behind us 100 percent, and we appreciate their support. The only interesting thing about the parade route is that we are challenging the band directors this year because they will actually have to split going up Range Line – half the band on one side and half on the other. There’s also a couple of new round-a-bouts, so they will have some fun opportunities with those, making sure that they are able to navigate half and half.”

Bednarski also emphasized that there will be more parking available with the onset of the new free parking garages in Midtown. In regards to the public’s favorite viewing spots for the fireworks at the conclusion of CarmelFest on July 4th, the blast site has not changed this year, so get your tried and true viewing spots staked in plenty of time to see the spectacular fireworks display. 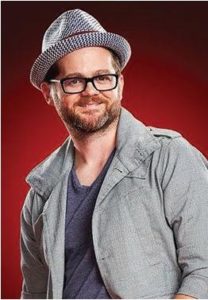 Mac McAnally, a national act, will be performing at the North Zone. All of the performances are free to festival-goers.

Bednarski took a moment to thank his fellow committee members and all of the volunteers who serve on the multiple subcommittees.

“In my opinion, my primary and almost only job is to recruit, inspire and manage a team,” he said. “It really is all about that. The only thing I’m doing is removing the roadblocks and making sure that we’ve got a vision and are able to go out and make that happen as a team. Part of that team includes Lorena Lane who is part of the marketing group. She and a young lady from Carmel High School, Chelsea Dai, launched our rebranding of CarmelFest this year and tackled that beast. Bec Hunter joined that team, and she’s helping execute all of the parts to make sure that branding shows up in the newspapers and is managing all the media outlets. I want to make sure that Bec is credited for bringing CBS4 Indy back and for the CBS4 Facebook Live initiative that will stream the CarmelFest parade this year, opening up a whole new audience for us. Bec is a rock star when it comes to media relations. She knows everybody.”

Running the 100 vendors at the CarmelFest Marketplace is committee veteran Kay Thompson.

“Kay has been with the group a long time, and she handles all of the marketplace vendors,” Bednarski stated. “Jill Gilmer is running all of the food vendors. Paul Schulte is back as our facilities director. Jeff Worrell is in charge of the fireworks for us again this year. Additionally, Spark Buttons are for sale right now and are still only $5. People can purchase Spark Buttons at the Carmel Farmers Market and the Wednesday Gazebo Concerts. Josh Carr is leading our promotion development team, and we have so many new great partners that are joining us this year for the first time. There are so many wonderful businesses here that are willing to partner with us, and we are thrilled to have them. Allied Solutions, LLC is one of our majors, and Centier Bank is back with us and is the title sponsor for the CarmelFest Parade.”

The theme for this year’s CarmelFest Parade is “Let Freedom Ring.” The parade is overseen by Barbara Ellis and the parade committee. Will Weprich is running the KidZone that caters to kids 12 and under and will offer live performances from local organizations, activities and games. Dan Kramer handles all the entertainment and booking of the bands, making sure that the festival has first-class entertainment. Kelly Lewis is producing CarmelFest Has Talent again, and Lt. Charlie Driver with Carmel Police Department is working along with the CFD and the street department to ensure a safe and well-organized parade and festival.

When asked about whether or not Bednarski is concerned about the growth of festival among a growing city landscape, he replied, “There will be changes next year while new buildings go up, and things get moved around. Part of that will be making sure that we have a great festival, no matter how the facilities change. We’ll grow around it.” 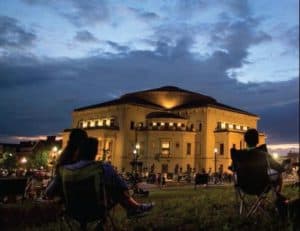 For a complete guide of festival events, times and other information, visit carmelfest.net and follow CarmelFest on Facebook and Twitter. Be sure to post, tag and check-in on social media while enjoying the festival.