Their personal roads to the stage at the Civic Theatre in Carmel were strikingly different. The journeys varied greatly, almost if you were to compare an eight-lane freeway in Los Angeles to a Kentucky gravel road.

One attended a rural high school in Decatur County. Student enrollment was just over 300. The other graduated from a suburban high school that enlisted a few under 5,000 students.

One graduated from a small, Midwestern college in a financially challenged Indiana community with less than 40,000 people. The other will be a freshman this August at an urban university in a bustling East Coast city with over 8.5 million inhabitants.

Yes, Emily Lantz and Eva Bublic possess starkly opposite resumes at this junction in life. But the dynamic duo with Carmel zip codes claims one huge similarity. They were among the onstage cornerstones for the wildly successful “Spamalot” performance that played before repeated sellout and enthusiastic crowds at the Civic Theatre this spring.

The shows capped off a remarkable season and event for the theater and its two hometown products, Lantz and Bublic. 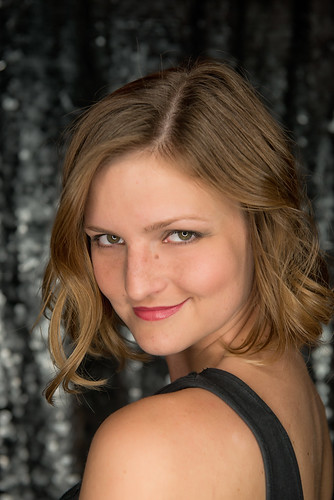 “The shows were so special,” said Lantz, 27, who teaches second grade at Cherry Tree Elementary School after graduating from South Decatur High School and Anderson College. “Every night was different. When you are on stage, you play off the audience. We never had a bad crowd.”

The 18-year-old Bublic agreed on the report card of the “Spamalot” experience, which was sculpted by Monty Python.

“It was cool. There was no drama with the cast, everyone was cracking jokes and the audience was always laughing,” said Bublic, who graduated from Carmel High School in June and is now ticketed for Marymount Manhattan College in New York City. “It was a great experience.”

Acting, dancing, singing and playing the piano have been major parts of Bublic’s life since she was three years old and living in St. Joseph, Michigan. When father Dan (an executive with Finish Line) and mother Kathy relocated to Carmel, the focus on arts increased for Eva, who also does modeling.

“She has a great passion for musical theater,” said mother, who noted that neither parent has an acting background. “We don’t know how she got that passion, but both of us believe that every child needs to find a passion and go for it.”

Eva has raced for her passion since journeying to Broadway 10 years ago.

“As often as we can, we go see a Broadway show,” said Kathy, whose son, Alex, plays center snare for the Carmel High School Marching Band.

As a budding stage star, Eva has performed in local productions of “Hair” and “Tarzan.” She also has taken voice lessons for several years and has studied ballet, pointe, tap, jazz, lyrical, modern, hip-hop and ballroom dancing. Some of those vehicles were called upon during her performance as the Second Lovely Lady in “Spamalot.” 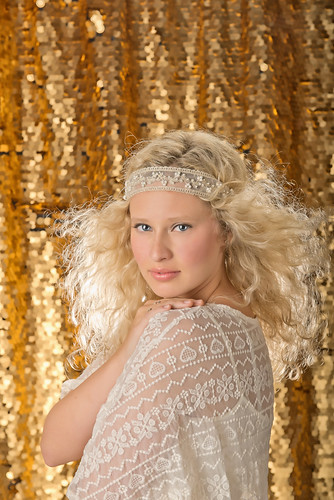 Eva also has attended prestigious theater summer camps at Martha’s Vineyard. This summer, she appeared in a major motion picture in Atlanta.

But the next big stage test will be studying at the lauded Marymount Manhattan College which has launched numerous stage and film stars.

Regarding nerves, mother admits she had a few moments of anxiety when “Spamalot” played at the Civic. She went to four of the performances and held her breath more than once. In the end, there was no need for nervousness. Daughter was flawless.

“We were so pleased with her performances,” said Kathy. “She has always been committed, attending summer camps and maybe giving up some things with her friends. She has enjoyed her passions so much.”

For Lantz, the passion for theater arrived at a later moment in life. She did some acting in high school but stayed off the stage at Anderson. Only recently, Emily rediscovered his acting and dancing skills while performing in plays such as “Moon Over Buffalo,” “Steel Magnolias,” “Pippin,” “A Chorus Line” and “Guys and Dolls.” Her love for the stage exploded when she was one of five Laker Girls in “Spamalot.”

Lantz admits she has been challenged at times when juggling an elementary teaching position at Cherry Tree and surviving a grueling two-month rehearsal stretch for “Spamalot.” Days would start at 7:30 a.m. and conclude at 9:30 p.m.

“It was very busy,” admitted Lantz, whose husband Brad is a first-grade teacher at Cherry Tree and the baseball coach at Guerin Catholic. “But both are passions of mine.”

And the performances served as a solid physical workout.

“You were singing and dancing every night,” she recalled. “It was a serious workout.”

She fondly recalls a near wardrobe malfunction as a Laker Girl. Indeed, embarrassment was knocking at the door while on stage.

“A zipper split on one of my tops one night,” she confessed. “All I had was a little hook. I was afraid my top would come apart.”

What’s next for Lantz on the stage?

“You have to be realistic,” she said. “In Indiana, there is not a lot of money in acting, and I don’t have formal training. I’m not moving to New York. But I enjoy doing the theatre.”

Emily will have a part in a small, independent movie which will be filmed in Bloomington this summer. She also has her eyes on auditioning for “Mary Poppins” and “Fiddler on the Roof” during the 2015-16 schedule at the Civic.

Of course, there will a new year at Cherry Tree in August.

“I love it there,” she said. “They are so supportive, and you have everything you need to be successful.”

And success seems to shadow both of the Carmel actresses.