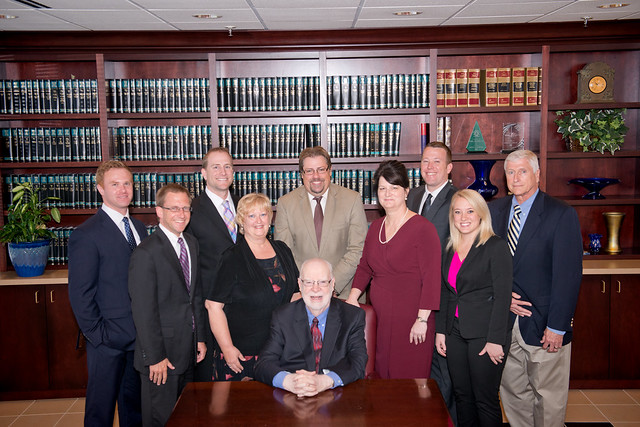 Amidst the bustle of a thriving Hamilton County in 1915, Cassius M. Gentry and Frank S. Campbell opened the doors of their law firm, Gentry and Campbell. Their firm handled a variety of cases, ranging from property disputes, business contract negotiations, trial court and estate matters.

Hamilton Circuit Court Judge Ernest E. Cloe joined the firm after the end of his term in 1921, resulting in the first of many name changes for the firm over the decades, to Gentry, Cloe and Campbell. In 1939, Frank W. Campbell joined his father and Cloe’s firm. The novice attorney, just weeks after joining the firm, was hired by Firestone Tire and Rubber Company which bought a plant in Noblesville.

Over the century, the lawyers of what is today Campbell Kyle Proffitt LLP, have represented a myriad of notable clients and newsworthy cases. In the early 1940s, the discovery of an abandoned car in a field allotted Frank W. Campbell a brief interlude with the ghost of the notorious outlaw, John Dillinger. 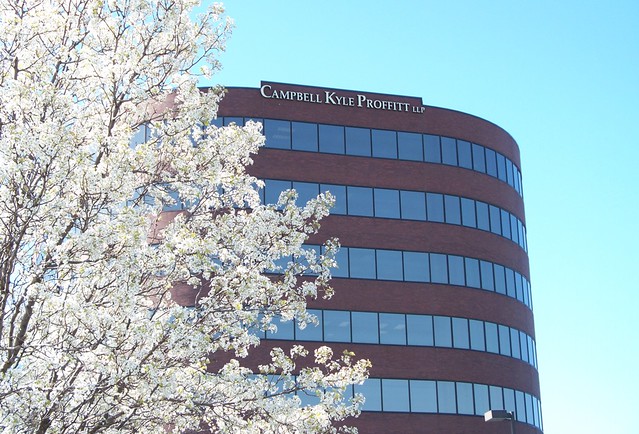 Gunned down in 1934, Dillinger’s exploits and criminal activity had one particular insurance company, United States Fidelity and Guaranty, looking for restitution from Dillinger’s estate. The insurance company had insured several of the banks that Dillinger robbed. The abandoned car was registered to a Carl Helman, a known alias of Dillinger. Campbell opened an estate in Helman’s name, and the court appointed him administrator. He listed the car as Helman’s only asset and sold it for $5,000 to settle the estate.

In 1940, the firm was hired by former Ku Klux Klan grand dragon D.C. Stephenson who was serving a life-sentence after being convicted of second-degree murder in the death of Madge Oberholtzer in 1925. The original trial took place in Noblesville, placing an undesirable national spotlight on the city. Upon exhaustion of all available appeals by 1940, Stephenson hired the firm to prepare and present a petition for a new trial.

Campbell spent a good part of a year preparing and meeting with Stephenson, only to be dismissed by him. Stephenson had hopes of a deal with the governor for a pardon that would later fail to come to fruition. Stephenson would be later paroled but never received a pardon. 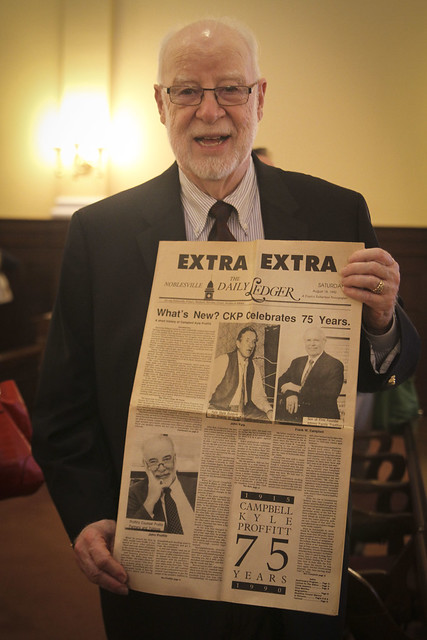 Other cases of interest that the firm was involved in were the desegregation cases in the 1970s in what could have ordered the busing of students across county lines to achieve desegregation. More modern cases include the Baumeister case (Fox Hollow Farm/serial killer case). Attorney Bill Wendling represented Baumeister’s estranged wife. Last year’s right to die/feeding tube/living will case represented by the firm’s current managing partner, Anne Hensley Poindexter, earned national attention and a mention by USA Today.

As the years went on, C.V. Malan joined the firm in 1952, making it Campbell, Campbell and Malan. It has been written that he was known as much for his “gregariousness as for his legal prowess.” He was an accomplished trumpet player and performed in a trio along with his partner, Frank W. Campbell, who played trombone. The partners and their attorneys were not always all work and no play. The members of the firm have and continue to this day to place a strong emphasis on community service throughout Hamilton County.

The Noblesville Boys’ Club opened in 1953, and Frank W. Campbell was its first president. He, like his father before him, felt compelled to give back to the community that provided them with business and support over the years, a principle that is still emphasized in the firm today.

John Kyle joined the firm in 1955, prompting another name change to Campbell, Campbell, Malan and Kyle. In 1958, Kyle was named Young Man of the Year by the Noblesville Junior Chamber of Commerce.

Founding member Frank S. Campbell published his book, “The Story of Hamilton County,” in 1962 as his final contribution to his community. He passed away two years later.

Lebanon native John Proffitt had moved from Kansas City, Missouri, where he had been practicing law to Noblesville and joined the firm. He is a past-president of the Indiana State Bar Association and is the chair of the firm’s Civil Litigation Practice Group. He and his wife, Judy, moved their residence to Carmel in 1968. Campbell’s son, Robert Campbell, joined the firm in 1971 and set up permanent operations in Carmel where he was accompanied by his receptionist Dottie Hancock who went on to become the mayor of Carmel in 1988.

Proffitt began practicing full-time in the firm’s Carmel office in 1984. It was located on Carmel Drive in the INB building prior to its current location in the One Penn Mark building on North Meridian Street.

Today Campbell Kyle Proffitt LLP maintains a long-standing tradition of excellence, community service and a reputation for their personal connection between their lawyers and their clients. Several of their attorneys are AV Preeminent rated by the Martindale-Hubbell peer review rating system, the highest rating for legal ability and ethical standards. 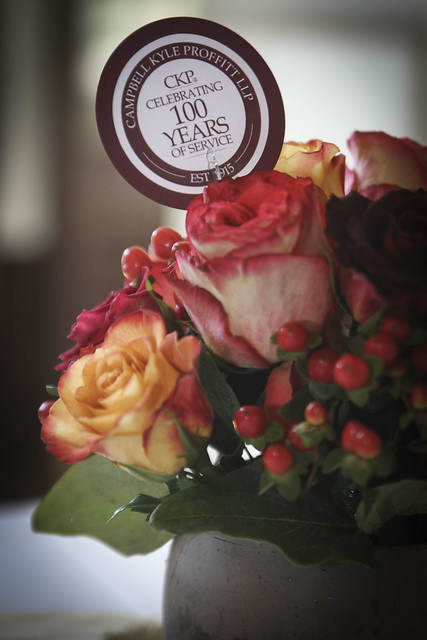 Managing partner Anne Hensley Poindexter is a Carmel native and resident. She resides in Carmel with her husband, the Honorable Brian G. Poindexter, along with their daughter. Poindexter was elected as the Managing Partner in 2014. She earned her undergraduate from Ball State University and her law degree from Indiana University. She is the firm’s third managing partner in its 100-year history.

“My mother will tell you that I knew that I wanted to be a lawyer when I was only 5 years old,” Poindexter said. “The most rewarding part of my vocation is helping people that are in crisis or have a problem and solving that problem to help them move past their situation. Our firm continues to place emphasis on the founding principles with unwavering commitment to community service and quality legal services.

“We focus on the mentorship and development of our more novice associates and offer training with more tenured associates and partners. They are able to develop their own styles and techniques, so that they can be comfortable and present themselves effectively. No one lawyer tries a case the same way each time. Our firm invests in our new associates, so that we can continue to build on our tradition of excellence.”

Proffitt concluded with his personal insight about the essence of his firm, “I have always felt that if you care about your client(s) and do a good job, then you will succeed, and your firm will also succeed. Individuals whose primary focus is on making money lose sight of how you really make your living, and that is by taking care of people. I don’t think that as a lawyer, anything gives you more pleasure than having your past clients come up to you, years later, and thank you for what you did for them. It truly just warms you all over.”

Campbell Kyle Proffitt LLP celebrated their 100 year anniversary on August 13, 2015, on the second floor of the Historic Courthouse in downtown Noblesville. Several founding partners’ family members and relatives were present. Current politicians and dignitaries were also in attendance, and the Mayor of Noblesville, John Ditslear, made a proclamation honoring the firm’s dedication to service and centurion anniversary.