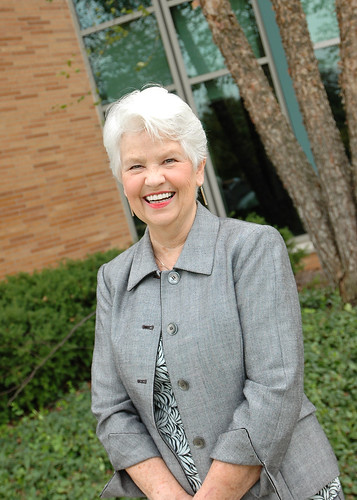 If you have not attended the Annual Guilded Leaf Book and Author Luncheon, presented by the Carmel Clay Public Library Foundation (CCPL) and its Guild, then I implore you to attend next year’s event, especially if you are an avid book reader and aspiring authors to attend next year’s event. The luncheon featured J. Andy Murphy, founder of the WriteStuff Writers and recent inductee into the Library of Congress StoryCorps Alumni, as the moderator and six distinguished authors from all over the U.S.

Murphy shared her passion for literacy and the importance of books in today’s technological realm.

“I spent almost all of my summer days in that library,” Andy said. “If we could get more children into libraries, I think that it would instill in them in a sense that there is a world out there to discover. If a child can read, there is nothing in this world they can’t do.”

The CCPL’s Foundation president, Anne Hensley Poindexter, spoke about the focus of this year’s initiatives during the centennial celebration of Carmel’s Carnegie Library that kicked off earlier this year.

“Public libraries are a necessity for an informed, civilized and democratic society,” Anne said. “The foundation exists simply to raise funds for our wonderful library, and the guild is a part of the foundation. The foundation’s next goal, the goal that we’ve been focusing on this year, is building a permanent endowment for the library. A long time guild member and her husband approached us in quiet conversation, to talk about a potential gift. That discussion resulted in their commitment and the formation of the Centennial Society.”

Poindexter then introduced the benefactors and founders of the Centennial Society, Jim and Joyce Winner of Carmel. Joyce Winner is a member of the Guild and has chaired the Guilded Leaf Book and Author Luncheon in the past. I sat down with the Winners and learned more about their passion for the library and why they decided to create and launch an endowment campaign for their local library.

“The things that were important in our home were faith, family, friends and education,” Joyce Winner said. “Being a good student, reading and studying were very important to my parents and that was a big part of our life. My father was the most avid reader that I’ve ever met in my life. He read everything. He even read my textbooks when I brought them home from college for the weekend. Our lives revolved around the library and reading. We were also taught to be givers and we gave of our time, our service and ourselves. I think that as you get older you start looking at what things make a difference in life.

“I had attended a meeting at the library at which creating an endowment was discussed,” Joyce said. “I came home from that meeting and I told my husband, Jim, about it and he said ‘well then, let’s do it’. It’s pretty simple: we love Carmel. We moved here eight years ago from Pennsylvania and we just fell in love with this place. We have such a sense of community and adore our neighbors. In our opinion, Carmel just offers it all. We think it’s very progressive. There’s so much energy and growth and it’s exciting. I was unable to have children so being involved with the library and children’s advocacy kind of makes me feel like I can grandparent a little bit. I think you have to find something that means something to you and the library is a great place to learn. We just felt that this is something that we believe in and our families believed in, so we want to help the next generation.”

Jim reflected on his upbringing and why assisting the local library is important for him.

“I try to look at things from a global perspective,” he said. “I think that some of the things that make this city what it is, are the educational opportunities that we afford the children here and the library is a big part of that. I was raised in a rural setting. We never went to the library. We were outside working on our farm most of the time and I never had much exposure to a library outside of high school.

“I didn’t come to appreciate libraries until we came here,” Jim said. “Every time that I go to the library, it’s busy. It could be the in the heat of the summer or in the dead of winter, it’s busy and there are all ages of people there utilizing it. That is a sign of the health of the city. It made it very easy for us to make the decision to get behind the library and be a part of it. I was raised where you tithed and the giving didn’t really start until it meant you had to sacrifice something that you wanted for yourself. That is when the giving became something of importance. I hope that we can encourage others, specifically in our age bracket, to take a look at things or causes that are important to their children and grandchildren and support those.” 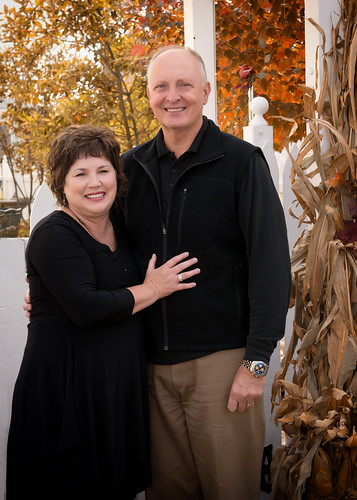 Jim and Joyce both credit their close friend and partner, Linda Kennen, in developing the Centennial Society. She sits of the CCPL Foundation Board of Directors and is a member of the Guild.

Linda and Joyce had several discussions that eventually led to the creation of the Centennial Society and have feverishly been working on this campaign throughout the year. They are currently near their goal of $100,000, which will be matched by the Winners. But they are reaching out to their community to fulfill their goal before the end of 2014.

“This is the single largest private gift that the foundation, for this library, has ever received,” Linda said. “I wanted to do this campaign justice and design something that has even greater longevity. We’re talking about people (the Winners) who are visionaries. We’re talking about legacy.”

Upon meeting with the Winners, Linda met with the CCPL Director Wendy Phillips and the Foundation Director, Ruth Nisenshal. They discussed how it would be structured and that the Winners’ gift would help establish an endowment for the library.

“With a publicly funded institution, people ask why it needs an endowment,” Linda said. “Its income stream relies entirely on your tax dollars. If the legislature decides that the formula that they use changes, then the percentage that your library or any other city-supported entity receives, can change. In that scenario, the Carmel Clay Public Library, that currently operates on a multimillion-dollar-a-year budget, is rated No. 4 in the nation for a population of this size, can instantly be just a lovely building that can only afford to offer traditional library programming and services.

“It would change the library’s ability to offer the programming that makes it the institution that it is,” she said. “The library is never going to not exist but could it exist on many different levels? Absolutely. The only way to guarantee that it continues at the level at which it is today is to establish an endowment, which is nothing more than an insurance policy. It is a consensus of the people that are involved in the library today that say they want to be a part of whatever the financial instrument is that guarantees that their children, their grandchildren and the people who will come after us, will always be able to enjoy this library at the level that we currently enjoy it today.”

To become a member of the Centennial Society, please visit carmel.lib.in.us/foundation/donate.cfm.