Building a Legacy While Building Up Communities 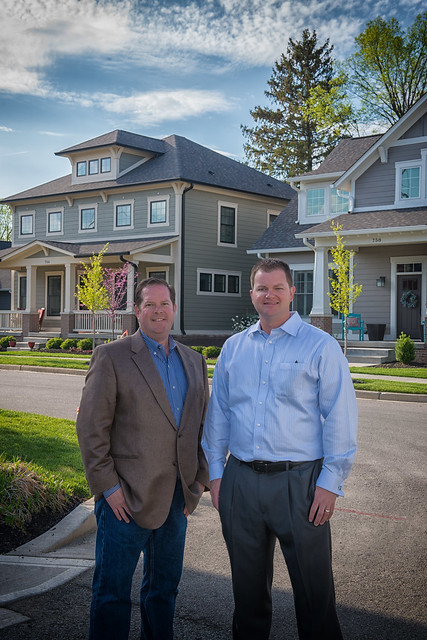 The Story of Justin and Jeff

Carmel residents Justin Moffett and Jeff Langston, founders of Old Town Design Group, are leaving footprints all over the city of Carmel. Moffett, an experienced local developer, and Langston, an experienced construction manager, combined their 30 years of award-winning home design experience and created their company in 2008, amidst the country’s second most devastating economic downturn in its history.

Old Town Design Group flourished while most of its competition floundered. What was it that made its business successful and one the fastest-growing home construction companies in the city?

Moffett, a native to Carmel, moved to the Butler-Tarkington area with his wife, Jennifer, also a Carmel native, only to move back to Carmel to be closer to family when they had their first of four sons.

“We wanted to be closer to our family, so we lived there for about a year and then moved back to Carmel,” Moffett said. “That was also the same period of time, the early 2000s, that I was getting into the home building business. As I looked around, I realized that there were several custom home builders in the market at that time. I knew that I had to figure out a way to differentiate what I do from the 100 other custom home builders in the market, so I started researching the current trends around the country and region.

“I saw a strong and rising trend in urbanization. I saw the public investment that Carmel was making in the downtown, and I strongly believed that people would want to be downtown, though I didn’t really understand the magnitude of what that meant at that time. I just thought that maybe young professionals would want to buy a starter home for around $300k in downtown Carmel. I had no concept that eight years later, we’d be building $1 million homes all over the downtown area.”

Moffett explained that he had more experience in development but had good mentors early on in his career and went on to build a few custom homes on his own.

“Creating a sense of place and community is the angle that I come from,” Moffett emphasized. “In the beginning, I had visions about starting a new brand that was differentiated from the typical suburban custom home builder. I realized that I needed someone who had strong skills in construction management, so I began looking for a partner.”

At the same time, Langston was also looking for a new opportunity and was carefully watching the market collapse, knowing all too well that it would not return to what it was pre-recession. Langston realized that home builders would have to adapt to the market conditions, and the need to be creative and unique became critical survival skills throughout the downturn.

The two men were an obvious match for business partners as they share a passion for developing and building and for contributing to the growth of the city that they were raised in. 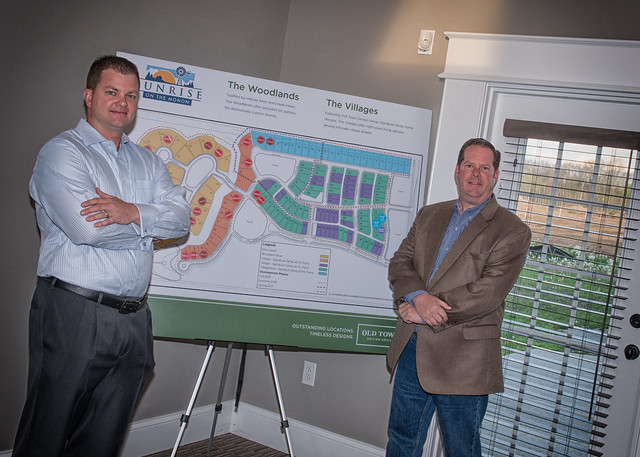 “Justin and I met through a mutual friend,” Langston said. “I grew up I the home building business. My father, Robert Langston, was a builder and developer, so it’s in my blood. I got my MBA from Purdue University and went to work for Procter & Gamble in finance accounting. I moved over into marketing and became a brand manager. When I got married, we moved back to Carmel, and I got back into the family business, almost 18 years ago. I took over the home building side, and my brother took over the development side.”

Langston resides in Carmel with his wife, Wendy, and their three children. He currently serves on the board of directors for the Builders Association of Greater Indianapolis.

Moffett stressed that while retrospectively, it was brilliant planning, it was more “dumb luck” than anything.

“We launched a home building business that had a fresh image as most builders in the market were folding,” he reflected. “It was all about location, location, location. Our motto from the beginning has been ‘outstanding locations, timeless designs.’ That turned into our business strategy for picking sites moving forward. We pick sites that are recognizable because the reality is people want to be in convenient locations that are easily accessible to area amenities.” 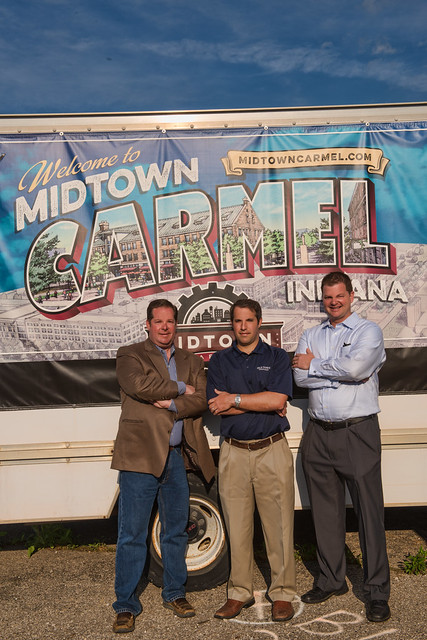 A few years ago, Moffett and Langston saw another opportunity for growth with the redevelopment of the city’s inner-core, so they created their development company, Old Town Development, LLC and brought in their co-owner Andrew Greenwood as a partner to manage the day-to-day operations.

“As we moved into developing our own subdivisions, primarily Andrew began running that side of our business,” Moffett said. “Andrew’s an attorney with a lot of experience in development, so he’s a key component in our growth these last three years.”

Today, the Old Town team consists of about 40 people and numerous sub-contractors, some of which are contracted solely with Old Town.

“We developed a team of experts, so that our clients have a good experience,” Moffett said. “For us, it’s always about driving good customer experience because most of our business comes from referrals. We focused on hiring key people that we have a high level of trust in and exhibit integrity and enthusiasm for what we do.”

“We started out small like a family,” Langston said. “Now that we’ve grown, we are still like a close family. We want to keep it personal and keep the culture where we are all looking out for one another. Our approach is a real team approach. Our team of 40+ people and all of our subcontractors are not always acknowledged, but together, we make a great team, and they all have a passion for what they are doing. That’s one of the things that I am most proud about. We’ve worked hard not to lose that.”

The Old Town team will be part of the upcoming development in Midtown Carmel that is scheduled to begin construction later this year. Midtown Carmel will change how people live, work and play in Carmel. A mix of retail, office space and private condos, residents will have low maintenance living with an access to restaurants and shops that is unprecedented in Carmel.

With all of the recent announcements about the development of Midtown in Carmel and the influx of employees that will be coming into the city to work at the new businesses, mass transit has been a controversial topic of conversation, particularly since the proposed Red Line is projected to run through Midtown and other areas of the city.

“It is a struggle to provide affordable housing in Carmel, and we currently don’t have mass transit,” Moffett stated. “If we don’t have one of these two things in place, then the service industry is going to really suffer. If the Red Line happens, then we think that is really important for the longterm health of the city of Carmel.”

In addition to building in Midtown on the Monon and Blackwell Park, Old Town Design Group is currently building in the following areas in Carmel and Westfield: Arts & Design District, Gray Oaks, Jackson’s Grant, Sunrise on the Monon, Chatham Hills, Maple Ridge and on private lots.

For more information on Old Town Design Group and its communities, visit oldtowndesigngroup.com. 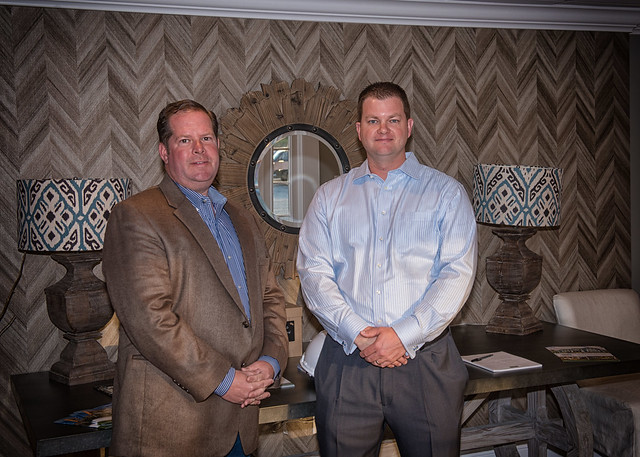