We are pleased to feature Carmel resident and arts enthusiast Sam “Broadway Sam” Arce on this month’s cover. Arce is a successful, licensed real estate broker and instructor at F.C. Tucker in Carmel. When he’s not helping people achieve their dreams of homeownership, he is helping creatives realize their artistic dreams both locally and abroad.

Arce resides in Carmel with his wife Miya and is father to son Sam “Sammy” Arce III and daughter Michelle Arce Shellah and is a proud grandfather to Michelle and her husband, Waleed’s son, Dean. Additionally, he is a passionate co-producer and investor in off-Broad-way and West End musicals.

Arce currently sits on the Actors Theater of Indiana Board of Directors. Arce’s involvement with the off-West End project, Mandela is one of the reasons we are featuring Arce in this issue.

Arce’s work as a producer, advocate, and investor in musicals, movies and shows has presented endless opportunities for Arce and it is his ultimate goal to give back to the arts community — both locally and abroad — and to not only inspire but to educate folks about the business of investing in creative projects.

Arce shared how his love for musicals and the arts in general began when he was a child and performed semi-professionally in high school and college productions. While his father and grandfather were in the real estate industry, Arce didn’t find his passion for that [industry] until after college. Arce enlisted with the ROTC program, and it is there that a dear friend dubbed him “Broadway Sam” out of Arce’s affinity for attending as many on and off-Broadway productions as possible. The nickname organically became Arce’s moniker and as his success in real estate enabled him to invest in professional productions and other entertainment projects, his reputation as a supporter grew beyond the local arts scene all the way to New York, Las Vegas and London.

Arce has been investing in these endeavors under his company, Broadway Sam Theatrical Productions — a team of four — since 2018. Some of the shows Arce has invested in include: The Broadway productions American Son and Getting the Band Back Together; Off-Broadway productions including Rock of Ages: The Musical and Broadway Bounty Hunter; London West End productions The Prince of Egypt and Be More Chill; and the Las Vegas shows Criss Angel Mindfreak and Heartbreak Hotel.

Arce also invested in A Beautiful Noise: The Neil Diamond Musical. In addition to co-producing Mandela, he is currently working on a myriad of projects including Discovering Broadways’ Hamlet, two parody musicals in Las Vegas: A Musical About Star Wars and NEWSical, both produced by Michael Duling D’Angora and Tom D’Angora. He is also co-producing SUPER YOU, book, music and lyric written by Lourds Lane, along with his partners Mary Maggio and Jeff Neuman.

Arce has recently taken a role as a partner with Indiana local film company Pigasus Pictures. Pigasus is most well known for their previous films The Good Catholic, The Miseducation of Bindu, and this year’s thriller hit So Cold The River. They have produced six feature films entirely in the state here in Indiana including the Carmel-based feature film The Duel coming out in 2023.

Together with Arce, the team is set to produce multiple features in the next five years and is currently financing these films through their second venture capital film fund. The upcoming slate includes the film LITTLE FIVE, the next great Indiana sports film inspired by the story of the first women’s Little 500 race in 1988 at Indiana University. Pigasus will also be bringing major Hollywood stars and production partners to the state with 5 new features currently in development. With Arce’s partnership and experience, the company is set to bring a major spotlight to film in Indiana.

Arce shared, “I have found that for me to deal with all of the challenges that I deal with, and what theater has done for me, it has given me a safe space to enjoy, and take a two-hour vacation. Movies do that for me also and I exercise. It gives me a place to get lost in another story and be part of someone else’s creation. What I’m doing is investing in other people’s creativity and using my resources, financially. I’ve been seeing Broadway shows every year of my life since seeing Jesus Christ Superstar in 1972. I don’t only see Broadway or West End productions, but also local [productions]. I am very supportive of local theater. My superpower is to motivate, to encourage and to inspire.”

Arce connected with the Mandela project in 2019 and is a co-producer along with his partners Mary Maggio, Daniel Peterson and Scott Abrams. Arce also recruited Andrea Moorehead and Missy Shopshire as supporters of this remarkable project that highlights a specific period of Nelson Mandela’s extraordinary life that is being shown at the Young Vic in London, England. Arce was present for the opening and was in the company of two Mandela family members who are intimately involved with the project.

Co-produced by Mandela’s granddaughter Nandi Mandela and his great-grandson Luvuyo Madasa, with music and lyrics written by Greg Dean Borowsky and Shaun Borowsky, and directed by Schlele Williams, Mandela is a powerful production that Arce and the entire Mandela team hope will find its way to West End and eventually to Broadway.

By sharing anecdotes of precious family moments spent with their grandfather and great-grandfather, Nandi Mandela and Madasa are delighted to have helped the Mandela team tell the story of Madiba as both a family man as well as an inspirational icon so many have come to admire and are excited by the potential for Mandela to touch lives all around the world.

“I was inspired by Mandela,” Arce reflected. “What I loved about this story, it’s a more specific time of his life. I love the music and the authenticity of the dancing. We have a South African choreographer, Gregory Maqoma and the Borowsky brothers are also South African. That side of the Mandela family is from Mandela’s first marriage who is representing the Mandela family in this production. There is nothing in this show that does not have the Mandelas’ seal of approval.”

When asked how Mandela is performing from an off-West End production point of view, Arce shared, “Mandela is doing very well. It’s getting good reviews and constructive reviews, and that’s part of this process. Our goal is to take it to the West End, then to Broadway and the bucket list is to bring [the production] to South Africa. I wanted to be part of Mandela for the [social] message so I feel like I’m part of something even bigger. I got Missy and Andrea into the developmental stage of this project, which is a bigger risk that can have bigger rewards. I believe in the Hamilton effect. That effect is, you’ve got to be in the room when it happens and not give away your shot. I’ve been living that my whole life. The footprint for me will really be the people that I’ve encouraged. It may not be on my tombstone but knowing that I’ve helped encourage and move lives forward, and have helped in whatever way that I can, that’s enough for me in my heart.” 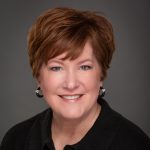