Behind the Scenes in 2015 with Tania Castroverde Moskalenko 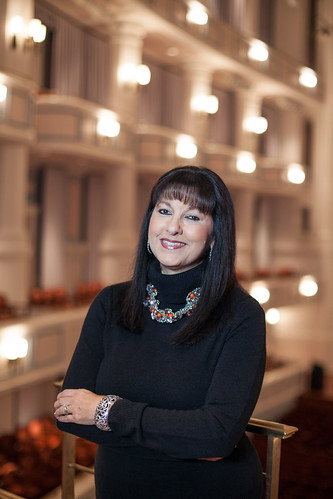 While we anxiously await the announcement of the 2015-16 artist line-up in early spring, the board of directors and staff of the Center for the Performing Arts diligently work behind the scenes to ensure another stellar year for the Center’s campus. Planning is underway for the Center’s upcoming fifth anniversary that will take place in January of 2016. Tania Castroverde Moskalenko, president and CEO of the Center for the Performing Arts and The Great American Songbook Foundation, spoke about this year’s initiatives and the accomplishments that have been achieved since she joined the organization in 2012.

“One of things that I felt was imperative when I came on board, was to establish a foundation for the sustainability of the organization,” Moskalenko said. “There is a lot of behind the scene work that is required. Within a few months of my arrival, we embarked on a strategic plan that was put together by the stakeholders of the organization, the entire board of directors and staff, elected officials and key members of leadership within the community. All of these groups participated in creating that strategic plan which really sets the course for the next three years for our organization. Our plan was completed in August of 2013 and we are now a little over a year into that plan and have already completed a lot of the work and have executed a lot of the strategies that we identified in the strategic plan. I am very pleased to see where we are today. We identified 16 goals in our plan and one of these goals was to finalize a permanent affiliation with the Great American Songbook and we accomplished that. I am also pleased with where we are with our organizational chart.”

In less than four years the Center for the Performing Arts has welcomed over 500,000 people through its doors. They have received patrons from all 92 counties in the State of Indiana, from 50 states in the nation and 17 countries. This is quite a remarkable feat for an organization that has been open less than five years. The Center hosted its 1000th performance with Martina McBride back on September 5, 2014.

The educational programs and partnership with area schools, including the Carmel Clay Schools, are geared towards education and preservation of the arts. “We serve thousands of children every year,” Moskalenko explained. “One of the things that I am most pleased with are the efforts that we are doing in terms of reaching out to our youth. We have a student ticket price that allows parents to bring their children to the Center for a $16 ticket price for all of our fine arts performances, family performances, classical music, jazz, dance, songbook, etc. This is in effort to make the arts accessible and also to build the next generation of arts lovers. Last year we distributed over 3,000 tickets for youth patrons. We have programs for children and work hand-in-hand with the school systems both in Hamilton and Marion counties to provide opportunities for the students. The Center created an exceptional set of field trips geared specifically for third grade students and their science curriculum. During the Science of Sound field trips, students explored how science is used at the Palladium to create an acoustical environment. We also have our Firestone FrontRow program. This program allows students to sit in on rehearsals and sound checks of the artists who are performing here. This is followed by an intimate Q&A session with the artists. Afterwards, the students remain in our space and we treat them to dinner before returning to the concert hall for the actual performance. 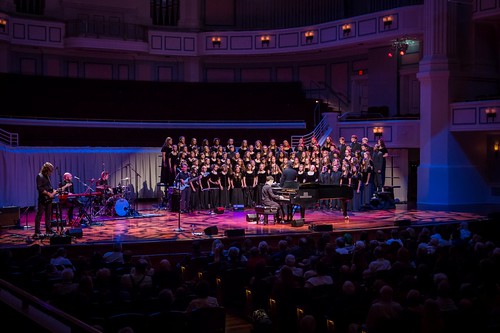 “A lot of times these are students who are studying music or are working with the arts and it is really insightful for them to work with these professional musicians. We have Master class opportunities particularly with our dance companies that come through and work with dance students from the private dance school sector and the university sector. We are providing an incredible number of opportunities that don’t always make the headlines and performing work that I think transforms and builds communities.”

The Center’s challenges are indicative to any arts organizations throughout the country, regardless of the size of the organization. The challenges are engaging patrons and raising funds. Throughout Moskalenko’s 16 year career running performing arts organizations, she explained that these are perpetual challenges. “There are no problems in selling tickets to entertainment and big named artists. Where it becomes a challenge is when your introducing artists that are not as well known and encouraging people to take a risk on an artist that they may not know.”

Moskalenko is a resident of Carmel and is a fan of its schools, which two of her children, 6-year-old twins, currently attend. Moskalenko enjoys coming to the Palladium and enjoys classical music. “It’s magical to walk into this amazing, beautiful hall and listen to this wonderful music that fills my spirit and I am fortunate that is actually part of my job.”

What is the Great American Songbook?