Behind the Music Man 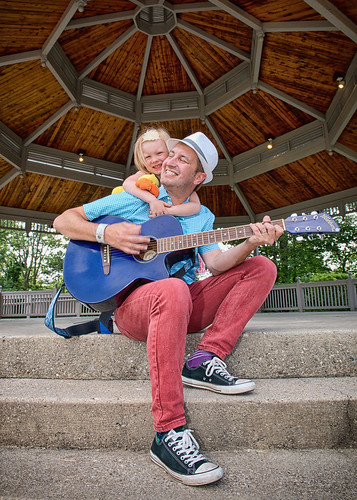 On the steps of the Carmel Gazebo, Scott “Rudi” Rudicel serenades his young daughter with one of his songs, “Mismatched Socks.” Scott, an Indiana musician and songwriter, has been entertaining crowds of all ages as Ruditoonz.

Additionally, Scott and his wife Emily run the non-denominational Carmel Montessori School that is located on the campus of St. Christopher’s in Carmel. Their AMS (American Montessori Society) certified school provides an organized and stimulating environment for children ages 3 to kindergarten.

Scott spoke about his working relationship with his wife and the dream they had to one day own and operate a Montessori school. “Emily, she’s the boss,” Scott said. “I run the business side of things for her so she can concentrate on what she does best—and that is to give 3- to 6-year-olds an outstanding start to their education, which hopefully will continue through the rest of their lives.”

The two were married in 2005 and opened their school in the fall of 2006. They currently have 35 students enrolled. Scott and Emily have one daughter, Sophia, who will be 5 in August and is the official “roadie” for Ruditoonz. I asked Scott if his number one fan, Sophia, is a tough critic.

“So far, she likes most of my songs,” Scott admitted. “There have been some that she’s told me she doesn’t like and I don’t play those. For example, Sophia thinks that my song ‘Mismatched Socks’ should be ‘Mismatched Shoes,’ but I don’t have anything that rhymes with shoes and besides, I’ve been wearing mismatched socks for 25 years.” 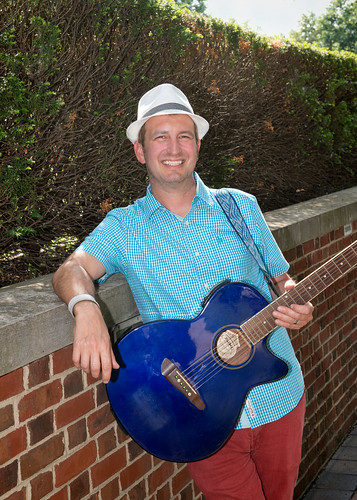 Scott grew up in Yorktown, near Muncie, Indiana. He got his first guitar on his 15th birthday and was heavily influenced by KISS. “Once I got to college, I started playing in clubs, playing more regularly and learning more songs. I graduated with a degree in marketing and advertising from Ball State University and then moved to Indianapolis. My first job was managing a Karma Records store and then I was hired to sell advertising for NUVO News, right when they were starting out. I was one of their first salespeople for their display advertising. I did that for eight months until my first band got popular enough that we were too busy for me to work a day job.”

His band, called Liquid Circumstance, had a successful two-year run. Scott moved to Montana after thinking he would leave the music business, and he lived there for five years. Ironically, he would get right back into music, playing with a band four to five nights a week throughout Montana.

Family brought him back home to Indiana, where he wrote an album for his nephews who were four and three years old at the time. The album compiled silly songs he wrote for them. Soon after, he met Emily, who was teaching, and he came into her school to perform for her students. Parents began asking Scott to produce CDs and they were asking him to perform for private parties. He began playing regular gigs and concerts for Carmel Parks, festivals and private parties averaging about 75 shows a year.

What many people may not know is Scott is also ordained and officiates weddings. “I strongly believe in love and therefore I believe in marriage,” he explained. “Some friends of mine asked me to get ordained and marry them in Michigan and so I did. It has become a side passion. I have a lot of friends in the wedding industry and whenever someone comes to them looking to do something a little different than the normal church wedding, these people recommend me.”

When he’s not marrying couples in the parks, Ruditoonz performs regularly in the Carmel Parks summer line-ups and draws in some of the largest crowds of all the performers. He attributes this to the audience’s appreciation for the originality of what he does. “I’m not preaching things, teaching or trying to be overly educational in my performances,” Scott said. “The running theme in my music is ‘Be nice and have fun’ and I think parents appreciate that.” 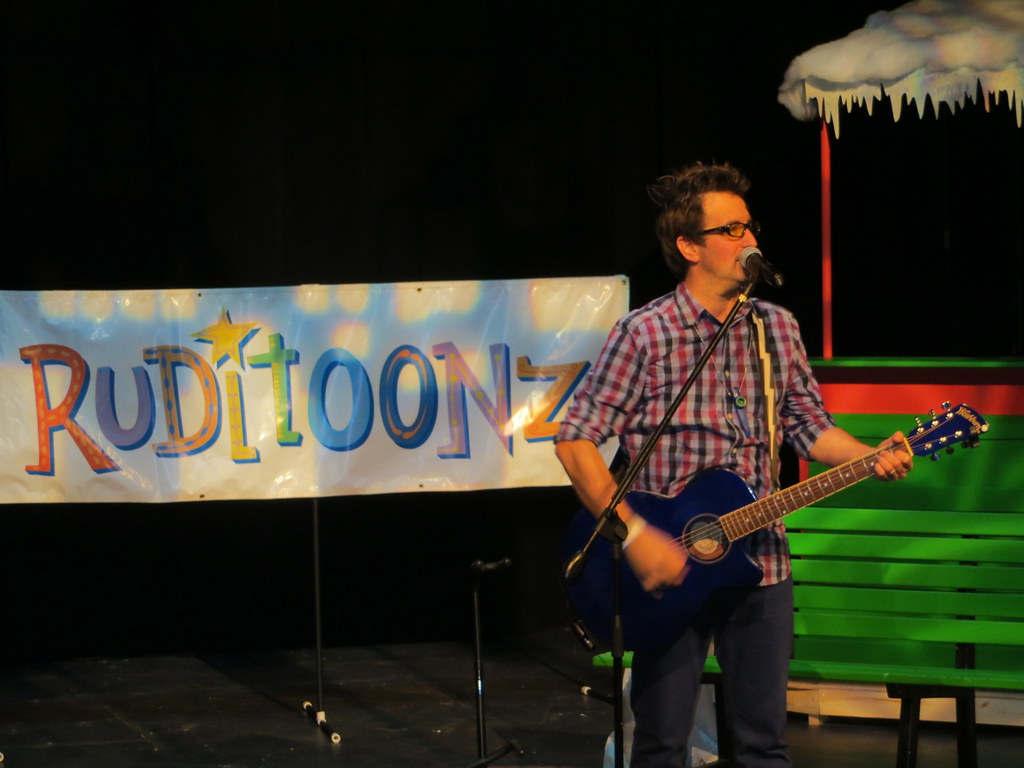 Scott’s next big announcement is the release of his latest album, Dancing Bears Are Everywhere, recorded in the home studio of a friend, Matt Sommers, with Sommersville Studio in Zionsville, Indiana.

“I am extremely excited about this new album and it goes back to my theme,” Scott exclaimed. “The last song is called ‘Love People, Use Stuff.’ I’m singing it to the kids and to the parents, too, because it’s about putting all of your energy into the people around you. You don’t love stuff, you love people. When we all meet on the other side, the only thing that matters is love.”

In a world where there is a lot of noise and negative messaging, it is refreshing to kick back on the freshly cut grass, surrounded by the sounds of songs and laughter of children and parents appreciating the melodic and happy tunes of Ruditoonz.

For a complete list of performances by Ruditoonz and contact information for Scott or the Carmel Montessori School, please visit ruditoonz.com and carmelmontessori.com.