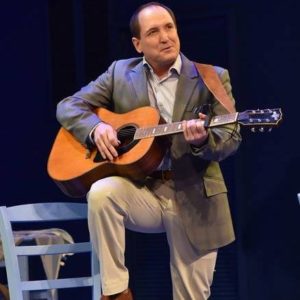 Last month, Carmel’s own Actors Theatre of Indiana (ATI) announced it had been awarded four major awards by BroadwayWorld, including the honor of “Theater of the Year.” BroadwayWorld.com is the premier website for Broadway, theatre and live entertainment around the world. The BroadwayWorld Indianapolis Awards nominees included regional productions, touring shows and additional productions, which opened between October 1, 2017, and September 30, 2018.

We sat down with ATI’s artistic director and co-founder Farrell to learn more about the genesis of the local professional theatre company and how it has been able to grow its success and cast members in the heart of the Midwest.

Working together with his co-founders, Fitzgerald and Cynthia “Cindy” Collins, he has overseen the creation and implementation of all programming. Since its inception in 2005, he has grown ATI from a small professional theatre company to an award-winning and vital member of the central Indiana arts scene.

Prior to realizing his dream of forming a small professional theatre company, Farrell started his career on an elementary school stage in Roswell, Georgia.

“My mom made my costume for the first play I was in,” Farrell recalled. “It was a play about the pharaohs of Egypt, and I played a pharaoh. It was fun, but I wouldn’t say that I had been bitten by the ‘bug’ then.”

Throughout Farrell’s youth and teenage years, he was dedicated to his vocal training and performances at both his church and school but applied his skill sets in both athletics and arts. 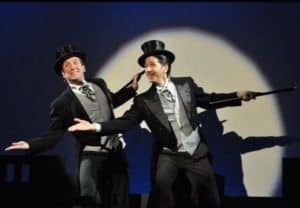 “I was in chorus but was also on the track, swimming and wrestling teams,” Farrell said. “I played baseball in the summer leagues and taught swimming lessons. I wanted to do more than just chorus. People sometimes have stereotypes about people who are in chorus or band. All I wanted to do was bust through those stereotypes. People can have a wide range of talents, and even today, in this business, you will hear people say, ‘Oh, you’re just a song and dance man’ or ‘You can’t do drama or Shakespeare.’ And that’s not just in the arts. People like to put people in a box. So, I grew up doing a lot of things, and they were all good, but where I found that I really excelled and felt fulfilled was in the arts.”

With perseverance and a strong work ethic, Farrell was able to experience working with a performance troupe while in high school and traveled to London and Japan, experiencing a taste of what a professional performer’s life is like.

Farrell continued his devotion and focus on the arts into college. He received his Bachelor of Fine Arts degree in Music Theatre from the University of Cincinnati, College-Conservatory of Music.

Throughout his professional career, Farrell has spent over 28 years working as a professional singer, dancer, actor, director, choreographer and producer with a career that includes Off-Broadway, International Tour, National Tour, Las Vegas, Regional, Symphony concerts and Educational productions. He has served as a member of the drama faculty for NYC’s premier musical theatre training conservatory, Collaborative Arts Project 21; has taught drama workshops and master classes for theatre companies and universities; and is a scholarship adjudicator for the National Society of Arts and Letters (NSAL) Music Theatre Competition.

Like many artists, actors and playwrights, Farrell moved to NYC where he spent nights couch-surfing at a friend’s place until another friend had an opening for a roommate. “I moved into his three-bedroom apartment and did the whole ‘starting from scratch’ scene and auditioned everywhere I could.” 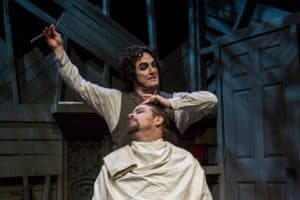 Farrell admits that his networking while at University of Cincinnati, College-Conservatory of Music, opened some doors while auditioning and developing his resume. He became a member of Actors’ Equity Association in 1992, is a veteran of the concert/ theatrical stage and has worked steadily in practically every capacity of the business. “I got my equity card working at the Birmingham Theater in Birmingham, Michigan,” Farrell said. “That was my first equity card show.”

Fast forward to 9/11, a day that shook the core of every American, especially New Yorkers. Like every other American, Farrell took a hard look at his priorities and what he wanted out of life and from his career.

He was a working actor in one of the toughest cities in the country to make a living and one that could make raising a family challenging. Farrell and Fitzgerald, who were once married, had discussed having a family.

“I remember Judy saying that she didn’t want to carry a stroller down to the subway,” Farrell quipped. “We wanted a house, a cat, a dog and a car and to work in the business. Wouldn’t that be great? So, I had this dream that I shared with Judy and eventually with Cindy who was great friends with Judy, and we had all worked together of starting a professional theatre company. All three of us worked well together and make a great team.”

The trio would move to Indiana where Fitzgerald’s family was, and in 2005, all in one year, Farrell and Fitzgerald had their daughter, Lizzie, bought a house and incorporated ATI along with their friend and co-founder Collins.

A fateful meeting with Mayor Brainard would set the development of ATI into motion.

“He [Brainard] shared with us the vision for Carmel,” Farrell said. “Carmel doesn’t have mountains or oceans. It doesn’t even have deserts. But what we do have is an amazing community that really does love culture and art and making a culture an economic driver. I told the mayor, ‘You’re speaking my language, Mayor. This sounds great!’”

Farrell acknowledged that central Indiana, not just Carmel, exudes an appreciation for the arts and culture. 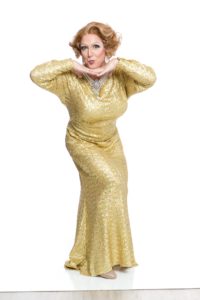 Prior to becoming a resident company of The Center for the Performing Arts, ATI performed out of local venues. Its first production was “My Way: A Musical Tribute to Frank Sinatra” out of the Zionsville Performing Arts Center in Zionsville, Indiana.

shows for ATI, including “Beyond the Rainbow: The Frances Gumm 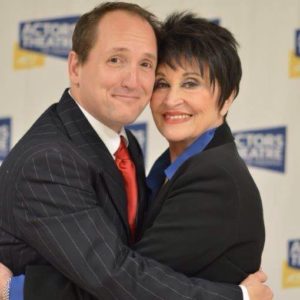 Honored to have received their latest accolades, Farrell is even more energized for the future of ATI. His vision for ATI is vast but laser-focused and is incredibly exciting.

“I want ATI to be a place that is nationally recognized, and it is my hope that more people get word that we are more

than just a small professional theatre company,” Farrell said. “We are doing really big work and making big strides for the small theatre that we are. This is not a hobby for us. It is what we do for a living. It is in our DNA and is a part of us. We are ‘lifers.’”

Farrell said ATI has an incredible menu of outreach and educational programs for children and adults, and that list is ever evolving and growing.

“When I look towards the future as we continue this upward trajectory, it is my hope and desire to have programs where we are working with playwrights on creating new shows and to use ATI as a launch point or place to develop new work that will eventually go to NYC for runs or wherever it goes. We want to bring more world and Indiana premiers to ATI. We will also continue to help Carmel be a destination place for talented artists and artisans, local or from out of town, who want to work professionally here in the Midwest.”

For more information on ATI and upcoming shows/programs, visit atistage.org.