The Center Celebrates the Songbook

The annual fundraising gala for the Center for the Performing Arts is approaching. Do you have your tickets? This year’s gala is presented by Krieg DeVault September 30 and will feature Michael Feinstein, artistic director at the Center and founder of the Great American Songbook Foundation, as well as tributes to this year’s Songbook Hall of Fame inductees: Ella Fitzgerald, Ray Gilbert and Mitzi Gaynor.

The mission of the Great American Songbook Foundation, founded in 2007 by five-time GRAMMY Award nominee Feinstein, is to inspire 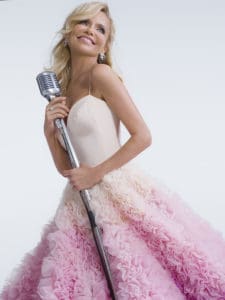 and educate by celebrating the timeless songs of pop, jazz, Broadway and Hollywood. Headquartered at the affiliated Center for the Performing Arts in Carmel, the Foundation is committed to preserving and elevating this rich legacy by curating physical artifacts of its creators, performers and publishers; offering programs for the public and research opportunities for scholars, historians and performers; providing educational opportunities and multidisciplinary curricula for student musicians; overseeing the Songbook Hall of Fame; and operating a multimedia gallery for public exhibition of its collections.

During a recent announcement where the Great American Songbook Foundation was named a Cultural Affiliate of the Los Angeles-based GRAMMY Museum®, Mayor Jim Brainard said the affiliation reinforces the growing regional and national reputation of a city that is regularly ranked among the best places to live in the United States.

“This is exciting news not only for Carmel but for the entire region,” Brainard said. “We’re proud to be known nationally as a community that supports and celebrates the arts. The Songbook’s mission is ensuring that current and future generations appreciate how music has
helped shaped our nation and inspired many. [The Songbook] literally tells the story of America well beyond our borders. The Songbook and its music, composers, performers and musicians have created significant works that continue to define America to the rest of the world.”

During the same announcement, Feinstein expressed his appreciation for the communities continued support of the Songbook Foundation over the years. 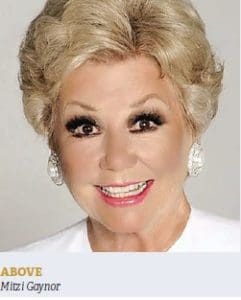 “It is due to all of you, to all of the people in the community and all of the people who have shared this vision that this opportunity was made possible,” he emphasized. “Without the support of the city, this never would’ve happened. It is also due to our extraordinary staff, a staff of all who work in the programs at the Palladium, Chris Lewis and the staff of the Great American Songbook Foundation. Of course, none of this would have happened without the vision of Mayor Jim Brainard.”

Emmy and Tony award-winning actress and singer Kristin Chenoweth will headline the upcoming Songbook Celebration, the annual fundraising gala for the artistic and educational programs of the Center for the Performing Arts.

Chenoweth’s career spans film, television, voiceover and stage. Among many highlights, she originated the role of Glinda the Good Witch in the Broadway production of “Wicked” and has earned acclaim for her work on TV’s “Glee,” “Pushing Daisies” and “The West Wing.” As a vocalist, she has performed to sold-out audiences around the world and won praise last year for her first album of Great American Songbook classics, “The Art of Elegance,” which debuted at No. 1 on Billboard’s Current Jazz and Traditional Jazz charts and on Amazon’s Vocal Pop chart.

“I was about 18 when Michael Feinstein really hit the scene with the American Songbook, and of course everything took off from there for him and deservedly so,” Chenoweth said. “Many of us learned the American Songbook because we had his CDs … so it’s a perfect example for us all to remember to teach the young what you know. Keep the circle moving forward because there is really no better lyric with melody than the composers and lyricists of that time. I tried to pay homage to this with my latest album, ‘The Art of Elegance.’”

She concluded, “Of course I love to sing songs that people know. Songs that we’ve heard before are like our DNA. We know them in our hearts. Honoring the singers who have sung this repertoire is the most challenging part of the process, singing it from my heart and my perspective and my experience. It’s a challenge, but it’s a fun one. In every song I sing, I must find my own phrasing, down to the final breath. A lot can be said in a breath or a pause. I also chose songs like ‘Skylark’ and ‘I Get Along Without You Very Well’ because I want to reintroduce them to my younger fans.”

The Songbook Celebration begins with a cocktail reception at 5 p.m. and includes dinner, a live auction, program and three after-parties. Tables for the entire evening are still available for purchase. Individual tickets for the after-dinner events only – including the Hall of Fame induction ceremony, performances and after-parties – are still available. For tickets and more information, call 317-843-3800 or visit TheCenterPresents.org.