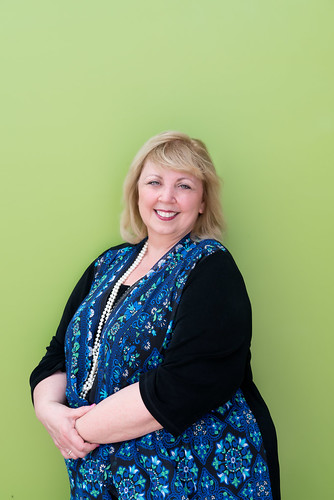 After an incredible tenure of 38 years, Ann Conrad has taken her last bow with her students as a CHS choral director and is moving on to explore new opportunities and experiences.

Ann’s passion for music was cultivated at an early age. Her father was a music educator and band director and her mother was a singer. She, like many musicians, began her training on a piano. “My road led me to Ball State,” Ann said. “It was a natural choice for me to become a teacher and a musician.”

After graduation she interviewed for several positions but hadn’t found the right fit. She got married and upon returning from her honeymoon, her mother informed her that Carmel High School called and they wanted to meet with her. “Originally the job was for someone with a master’s degree and it had been posted earlier, so I figured it had been filled,” Ann recalled. “I found my way into the office of Dale Graham, the CHS principal at time, and met with the department. It was a lovely conversation and interview.”

They recessed for lunch and when Ann came back, the school offered her the job. She had gone straight from college into what would become an incredible career and eventual retirement from Carmel Clay Schools.

“It was the day of the spring concert in May and I remember bringing my new husband,” Ann said. “We sat in the auditorium and I kept thinking, ‘I get to do that and I get to do this.’ I was just so excited.”

Over the years the city grew, as did the school system.

When Ann started at Carmel there were five choirs and approximately 100 to 120 kids singing. The Ambassadors was the largest group even then. The groups include more than 500 students today. She was a proponent of growing the girls’ ensembles in addition to the mixed groups.

“As we grew we went to four grades within the high school and that changed everything we did and how we incorporated freshmen into our program that had been geared to upperclassman,” Ann explained. “Personnel changed, though I’ve always worked with wonderful people. Ron Hellems and I began at Carmel together. He was experienced, creative and dynamic. I learned so much working side by side with him. He was a master educator and so important to our Performing Arts department and became our chair. He had the vision for incorporating the orchestra and the drama class with music when we first came to Carmel. When he left to pursue other projects, Lamonte Kuskye came in and brought an energy and charisma that attracted kids to our programs.

We continued to grow and the community always seemed to embrace what we did. The parents and the general public would attend the Holiday Spectacular and the musicals. When you get people to attend, you feel that you must be doing something right and work to make it better each time.”

Ann spoke about the first year the department brought everyone into the Holiday Spectacular program and the amount of dedication it required yet received without hesitation by both students and parents. “The first year that we had everyone involved in the Holiday Spectacular, I remember we wanted to make a costume so everybody would be in the same outfit,” Ann said. “We sewed 83 costumes. We just sewed and sewed with the wonderful mothers who would be there every night and every weekend.”

Since announcing her retirement, Ann has had time to reflect on the impact she had on developing the programs, the relationships she built and what is next on her “to-do” list. “I hope I helped influence taking the Accents choir to a level where they’re known around the state as an outstanding women’s show choir,” she stated. “I took that over the second year I began working there and it’s been one of my babies ever since. I’ve worked with the Ambassadors in every capacity and I’ve always tried to be a proponent for everybody getting involved, including the parents, with all of the performing arts groups and not just the core groups.”

Ann shared that entering the choirs into competitions and exposing the kids to those experiences and training eventually led them to state championships and they would reign for three years as the state champions for both mixed and women’s divisions.

“That was pretty special to us,” she recalled proudly. “This past year we did not compete with either group. The Ambassadors went to Europe and performed in London and Paris. They had amazing performance opportunities. I entered the Accents, via a video/audio entry, to the American Choral Directors Association for their four-state conference (IL, OH, IN, MI) and we were accepted to perform. That was a different kind of program than we would typically do for competition. We worked toward making that our big performance opportunity and focused on our presentation and competition-level materials.”

Ann says that all of the performances she worked on with her students are special to her, each presenting its own challenges and achievements. “One of the most memorable performances was with the Ambassadors at Clowes Memorial Hall. We did a show and the ending was very patriotic. The girls wore elegant long white gowns and the men were striking in their red tuxes. We performed Sandy Patty’s “Star Spangled Banner” and I was the soloist. I came out in a blue gown and that was just one of those experiences you don’t forget. The arrangement is so exciting and dramatic and to get that opportunity was amazing for me.”

In recent years, Ann battled challenges of a more personal nature, surviving breast cancer and problems with her voice as a result of a combination of factors. Her students, their parents and her colleagues rallied in support of her during those times. She shared what that support meant to her.

“They were my children,” she said. “I was blessed with beautiful and wonderful children and they were my family. They got me through cancer. The words and letters of support from my kids and their parents were incredible. It has enriched my life. My entire career with CHS has given me an appreciation for the fact that we’re not all superstars, and that’s OK. The quote I put up in the choir room and I hope it stays, says, ‘Use the talents you possess. The woods would be a very silent place if the only birds who sang, sang the best.’ Everybody’s got a voice and beauty and something to offer. Everyone who wants to sing gets to sing and it doesn’t matter if you can or can’t. You get a chance to be a part of that. If I have a legacy, I guess that is what I’d like to leave.”

Ann hopes to get her voice strong enough to perform again. She once sang with an opera company in addition to performing at the Jazz at the Roof events. She currently is working with the young adult program at the Civic Theatre and is working on Footloose.

“I will be teaching voice at Performer’s Edge Dance Theatre and keeping myself available to new opportunities. There are always wonderful volunteer opportunities and I would love to work at the Feinstein Archives and volunteer as an usher at the Palladium. My heart is in the Great American Songbook and it’s the music that I’ve taught all along. Somewhere along the way I’d like to be involved with that,” Ann concluded.