All is Calm: A WWI Story Lends Hope for Today 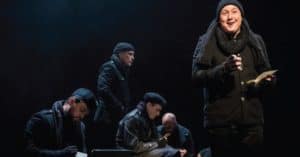 On December 24, 1914, the sounds of rifles and shells exploding could be heard along the Western Front of WWI. Earlier in the month, Pope Benedict XV called for a temporary hiatus of the war during the Christmas holiday, but the warring countries that included the German and British Empires and France refused to acknowledge an official ceasefire. However, that did not stop many of the soldiers that were hunkered down in the trenches to declare their own unofficial truce on Christmas Eve. That night went down in history as The Christmas Truce of 1914 and Peter Rothstein, director and creator, is bringing his one-of-a-kind production, “ALL IS CALM: The Christmas Truce of 1914,” to The Center for the Performing Arts this month.

Dr. Lawrence Sondhaus, professor of history and director of the Graduate Program in History at the University of Indianapolis, is an expert on naval and military history and has authored multiple books, including “World War One: The Global Revolution” and “German Submarine Warfare in World War I.” Sondhaus shared with us a few authentic details about how the truce began in the battered trenches along the front on that fateful Christmas Eve.

“It was the Germans who started it [the truce] on Christmas Eve,” Sondhaus said. “And they [the Germans] put up Christmas trees – with candles on them – in their trenches. This was seen on the other side, the British side. The accounts are that the British heard the Germans singing ‘Stille Nacht, Heilige Nacht’ [Silent Night, Holy Night], and it escalated from there.” Sondhaus went on to describe how the truce began with combatants singing/dueling Christmas carols from across the trenches.

“The British troops responded by singing ‘The First Noel,’ and the Germans troops responded by singing ‘O Tannenbaum’ [O, Christmas Tree], so the truce started off by dueling Christmas carols,” Sondhaus said. “When the British started up with ‘O Come, All Ye Faithful,’ the Germans immediately joined in singing the hymns in the Latin words ‘Adeste Fideles.’”

The location where the truce is believed to have begun was in Flanders Fields, a battlefield in the western part of modern-day Belgium.
“The trenches sort of started in the English Channel and went all the way down to Switzerland,” Sondhaus explained. “It was on the northern part of the line, and the British were holding that part of the line in December 1914. The U.S. wasn’t involved yet. From what we can tell, the informal truce was arranged by the soldiers themselves and covered about two-thirds of the front that the British held.”

Not to leave out the French, Sondhaus added, “There are accounts of the French doing the same thing, but they were singing patriotic songs while the Germans and English were singing Christmas carols. The general account is in some cases, the soldiers came out of the trenches and started fraternizing with each other.

The basic swap of gifts was alcohol – mostly wine – for cigarettes. The French had wine, and the Germans, who were allied with the Turks, had cigarettes. In some cases, the soldiers exchanged whatever little gifts they had, and these gestures went back and forth.” Sondhaus explained the commanders were not pleased when they learned of the soldiers’ informal hiatus of battle in the trenches, and there would be hell to pay as a consequence throughout the remainder of WWI.

“The commanding officers were shocked by this once word had trickled all the way back up to headquarters,” he said. “As a result of this [truce], both sides ordered from the higher-ups a heavy bombardment to go on every Christmas Eve and Christmas Day after, so the soldiers wouldn’t have a chance to do something like this again.” The truce was never repeated. Future attempts at holiday ceasefires were quashed by officers’ threats of disciplinary action, but it served as heartening proof that beneath the brutal realities of war, the soldiers’ humanity endured.

As mentioned earlier, “ALL IS CALM” is based on a World War I incident in which German and British soldiers on the Western Front laid down their arms briefly on Christmas Eve to bury their dead, exchange gifts, play soccer and sing carols. A cast of 10 actors and singers recreates the remarkable true story of camaraderie, music and peace through songs, poetry, letters and authentic journal excerpts.

Rothstein shared after he read Stanley Weintraub’s, “Silent Night: The Story of the World War I Christmas Truce,” he was inspired to somehow set the story to musical theater, but the notion was not without its challenges. “After I picked up that book, it took me a while to figure out how to create a piece when the climax of the story is the lack of conflict, which does not make for great drama,” Rothstein shared. “I did research in Belgium at an amazing museum and archive center, the In Flanders Field Museum. It has the largest WWI archive center in the world.” 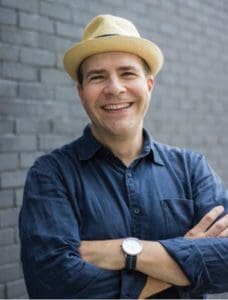 Rothstein continued his research for weeks throughout Belgium, France, England and Germany, picking up pieces and accounts that he could write into his production while honoring the men he was learning firsthand accounts from – the ones who fought in the trenches and wrote journals of their experiences.

“When I walked into the In Flanders Museum, there was a mural of nameless men whose names never made it into history books. There they were, staring at me in the rotunda. It was a completely different experience than those that I had in other military museums that focused more on the ammunition and numbers of casualties. I read through journals and letters, the real ones, and documented everything that I thought might be useful to write the musical.”
Rothstein knew that he didn’t have enough information to have one singular narrative, so he would have to evoke a writer’s prerogative and connect the gaps where the archives had been lost to time and/or war.

“We needed to create some fiction around the truce in part to figure out where the drama lies and because it had been difficult to find a lot of firsthand accounts from the Germans,” Rothstein said. “Their WWI archives were once held in Dresden, Germany, and most of Dresden was obliterated in WWII, so most of the German archives were lost. I worked to try to capture as many German accounts as possible, but sadly, they are a bit underrepresented in the piece for that reason.”

It was important for Rothstein to write “ALL IS CALM” in a manner that recognized the soldiers whose firsthand accounts he was able to record and to honor all of the soldiers, named and unnamed, who disobeyed direct orders and risked their lives to share a human moment with fellow combatants, singing songs, sharing gifts and, in some cases, playing games throughout the night. These men put down their weapons and exchanged simple pleasures with their enemies. They put aside their politics and fears of the other side and held out their hands in a show of empathy and brotherly love, if only for a short time.

“I asked one of the curators at the In Flanders Museum if it was an anti-war museum,” Rothstein recalled. “He said, ‘We would never call ourselves that. But our goal is to put a human face on war.’ I knew at that exact moment that this was my mission. I had to put a human face on this story. It isn’t a piece of anti-war propaganda, though I am a pacifist by nature. I gathered the information and thought to myself, ‘Wouldn’t it be amazing if I could tell this story – a story that had been denied a place in most of our history books – in their [the soldiers’] own words and through their own songs?”

Jeff McDermott, CEO and president at The Center of the Performing Arts, shared why this production exemplifies The Center’s mission so well.

“When this production came to our attention, we decided to bring this to The Palladium probably faster than any artist or any production that we’ve ever looked at since I’ve been here,” McDermott stated. “This was an easy call for us. Obviously, it is coming during the holiday season, and it’s a great story with great holiday music. But it is also a timeless story of how music transforms people who laid down their weapons and exchanged gifts with people that they were combatants with just a day before.” 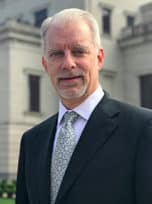 McDermott concluded, “By us bringing this production here, I am reminded that part of our mission is not just to present great art, but we are also an educational institution. There is so much history and education in music, whether its music from The Great American Songbook or holiday music, which has a really rich history to it. Holiday music goes on for ages. The holidays come up every year, regardless of the political climate and regardless of war. Music is a unifier, and it also a teacher. The ability to bring this to our stage is an opportunity to celebrate the holidays but to also teach and inspire at a time when we can all agree that we can use it the most.”

Don’t miss the production of “ALL IS CALM: The Christmas Truce of 1914” Saturday, December 15 at 8 p.m. For ticket information, visit thecenterpresents.org.