All American Brawn: The Tale of the American Muscle Car 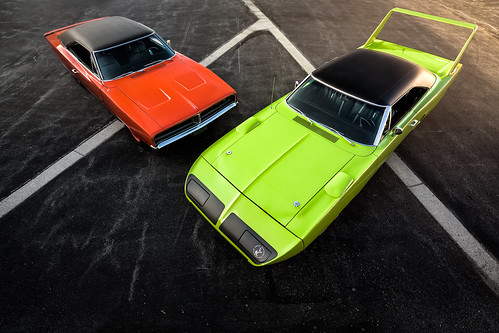 Introduced in 1949, American muscle cars were produced as a response to the rising demand for faster cars. Originally, the need for fast cars began during Prohibition in the 1920s. The bootleggers modified their cars to be able to outrun the authorities. This led to the ingenuity and passion to create cars built specifically for their speed, handling and brawn.

Dominating the industry in the 1950s, car manufactures played into the muscle car phenomenon, and the Chrysler Corporation introduced the hemispherical combustion chamber (Hemi) series of V8 engines. In 1964, Pontiac released the Tempest GTO (Gran Turismo Omologato) that was actually approved for races. Ford built 127 of their Thunderbolt that was deemed dangerous to drive but remembered as an excellent specimen of the muscle car collection. The 1970s brought significant changes to the auto industry: as the government passed strict emission limits; the oil crisis in 1973 led to major fuel shortages throughout the U.S. and spikes in gas prices; and then the automotive insurance companies cracked down on high-speed performance cars as the industry deemed these cars to be high-risk due their incredible speed capabilities.

The end result being a redesign of American performance cars and the end of production for the traditional American muscle cars those enthusiasts had come to appreciate. In today’s collector market, the muscle car class continues to be a popular and sought after collection for car aficionados. The muscle car class has held its auction value in spite of the most recent recession and continues to be a crowd favorite at the national car shows and auctions.

This year, local Carmel resident and business owner Hal Darring will be showing two of his prized muscle cars at Artomobilia, a show at which he has shown previously and serves as an advisor to the organizer of Artomobilia.

“I grew up in the early 1970s, and my parents, who were also business owners, were always buying new cars during these years,” Darring recalled. “I gravitated to the overall concepts, the high impact color combinations and power of the motors of the cars produced during those years. Most collectors have an appreciation for the cars that their parents brought home and drove them around in during their youth. My favorite years were the cars that my parents owned from 1968 to 1971.” 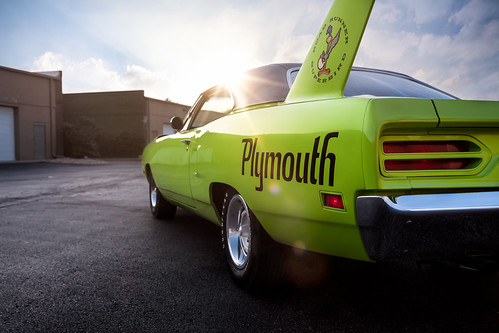 In Darring’s opinion as a collector and enthusiast, the best years for the overall performance and nostalgia of the American muscle car era were cars produced from 1968-1979. Again, as a result of the insurance industry’s restrictions, 1971 was the last year that the consumer could drive off the lot with a brand new muscle car that could push 400 horsepower.

“My favorites are the 1969 Dodge Hemi Daytona, which was the first Daytona car to reach 200 mph on a track, and the 1970 Dodge Hemi Challenger,” Darring stated. “One of most highest appraised muscle cars is the 1971 Plymouth Hemi Cuda convertible.” As proof of this claim, a 1971 Plymouth Hemi Cuda convertible sold at an auction for $3.5 million in June 2014, setting a record for Chrysler vehicles. 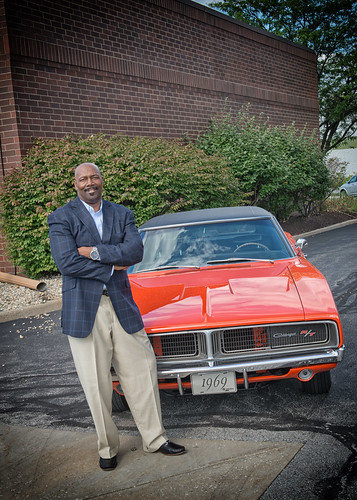 During and following the recession, muscle car collectors may have become more sophisticated in their purchases, showing more interest in models like the Shelby Mustangs, original Cobras and big-block Corvettes, but the market for the American muscle cars remains vibrant and produces excellent returns for those in the buying and selling of these magnificent examples of American ingenuity.

Darring is looking forward to showing two of his cars again at this year’s Artomobila and spoke as to what makes this show unique when compared to the myriad of shows that he has traveled throughout the nation.

“Artomobila is local, and I truly think that the organizers of this event do a really great job at hosting it,” Darring expressed. “It is a high-end car show with a wide variety of vehicles from the American and foreign muscle cars, the exotic and luxury class cars, the thoroughbred restoration and non-restored original cars that are in their original factory condition.

“People who come this event are likely to see cars that they have never seen before, cars that they have only seen in foreign countries upon their travels and cars they would only ever see in Malibu, California, at one of the concourse car shows out there. You don’t have to travel far to see these unique cars, and that is what primarily makes Artomobilia one of the best high-end car shows – it is right here in our city for anyone who is a car enthusiast to enjoy.”

Darring is the current president of the Indy Muscle Car Club that meets for a cruise-in every Thursday evening at the Stacked Pickle located at 106th and Michigan Road in Carmel. They typically meet between 7-7:30 p.m. and invite anyone who has a passion for discussion on muscle cars to join them and become part of their club.