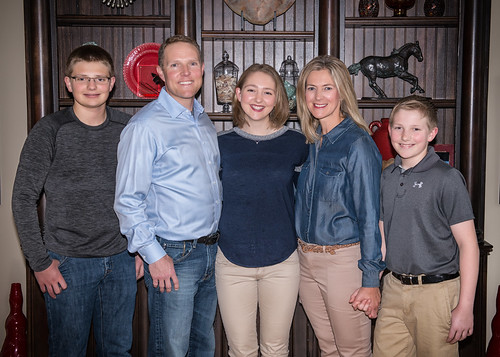 In October 2013, 14-year-old Abigail Boldt was feeling extraordinarily tired from her daily routine and would become easily exhausted from walking to and from her classrooms. After dismounting from her horse and calling it “quits” mid-competition during a weekend horse show, Boldt and her parents knew that something was not right.

“I went to school during the first part of the week after the horse show,” Boldt recalled. “Then one day after school, I came home and went to sleep and didn’t wake up until the following morning. My mother, Monica, made an appointment with our family doctor, Dr. Emily Szewczyk, MD with Priority Physicians.”

Once Dr. Szewczyk examined Boldt, she urged her and her mother to head over to the Peyton Manning Children’s Hospital Emergency Center as she followed behind them.

Within an hour and a half of Boldt’s arrival, her oncologist, Dr. Jessica Goodman, MD, predicted a highly probable diagnosis of acute lymphoblastic leukemia.

In that moment, Boldt’s perception of what was important had changed in every way possible. Material items were suddenly immaterial. Experiences and moments with her family and friends became even more precious as Dr. Goodman explained to her what her life might look like if this was, indeed, the diagnosis.

“I was admitted on a Friday, so they weren’t able to run the necessary tests on me until that following Monday,” Boldt explained. “I spent the weekend in the hospital waiting and wondering if I had leukemia. I had my parents and my two brothers, Peter and Charles, along with close friends at my side, and that helped to make the weekend bearable as we waited.”

Early that following Monday morning, Boldt was prepped for a bone marrow biopsy. The procedure lasted approximately 15 minutes. Bernie and Monica Boldt were permitted to stay at their daughter’s side until she was under the anesthesia and were allowed to return immediately after the procedure was completed to be there as she awoke.

“I was officially diagnosed with acute lymphoblastic leukemia later that day and was given an 85 percent chance of survival,” Boldt said softly. “It did not take them long to confirm the diagnosis. Generally speaking, once the initial blood work is drawn, the doctors will be able to see if ‘blast cells,’ unidentified white blood cells, are present in the blood sample. Blast cells are often found in the blood of patients diagnosed with acute leukemia. In children, the most common type of cancer is acute lymphoblastic leukemia, which is also the most common type of leukemia.”

Boldt would proceed to undergo a total of 24 spinal taps throughout her treatment which lasted a period of two years and three months. During the procedure, she received intrathecal chemotherapy through a lumbar puncture when a needle is placed between the cerebrospinal space in between two vertebrae in the spine. Pediatric patients are put under general anesthesia during these procedures to spare them additional pain. 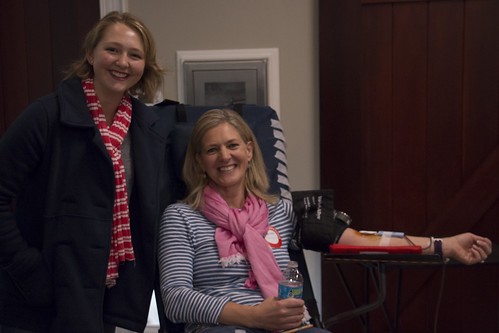 hortly after her treatments began, Boldt’s red blood cell increased, and her stamina would slowly improve.

“I received about 10 blood and platelet transfusions throughout the course of my treatment that helped boost my red blood cell count when my cell count was severely low,” Boldt described. “During those days, I just wanted to sit and chill. I watched a lot of Netflix.”

Visits from friends and visitors was extremely limited so as not to expose and endanger her while her immune system was compromised. Access to modern technology, specifically FaceTime, enabled her to virtually “hang out” with her friends and classmates. She was prohibited from seeing her beloved horse during the most crucial stages of her treatment, which was heart-wrenching for the young and accomplished equestrian.

“I spent a lot of my time focused on being healthy and staying in my ‘bubble,’ which was incredibly frustrating,” Boldt admitted. “From the beginning, I knew that it was going to be a long journey, but I was determined to get healthy again. Some days felt like they were never going to end. On days that I felt good, I told myself that I was just that much closer to it being all over.

During her first month of treatment, she was taking an incredibly high dose of steroids which produces a side affect of extreme hunger. The dosage level that she was taking made her ravenous at times.

“There was one day that I ate 10 eggs, two 8 oz. steaks, two orders of fish and chips and any food that was within reach of me,” she exclaimed. “I ate an entire meal nearly every three hours and would wake up at 2:30 a.m. most mornings and would have to eat, or I was going to eat someone. My parents were amazing in that they would bring me food without complaint. I was just simply that hungry.”

Boldt expressed that throughout her ordeal, she learned a great deal about herself. Lessons that some adults have not been challenged with, a young teenage girl had to face, process and accept.

“I learned that I am much tougher than I thought I was,” she expressed. “I also learned that there are other people who have it worse than I did. Some patients’ diseases require more research. For some, the current and available research is still not enough to successfully treat them.”

Even as Boldt was counting down the months to her final treatment, she was becoming increasingly aware of how she could help make fellow patients more comfortable during their hospital stays. Through the support of family, friends and the local communities, she raised $25,000 to outfit and decorate a pediatric patient room at the Peyton Manning Children’s Hospital. She selected an equestrian theme out of her love of horses.

“It brings me such joy to know that something I did will make a child feel more at ease and hopefully feel a little better while staying in the room,” Boldt expressed. “I also wanted to give back to the blood banks after receiving transfusions myself, so with the help of my family, friends and the community again, we were able to host a blood drive at our family residence in Zionsville. We collected 131 units of blood, which was one of the largest private blood drives in Indiana history.”

As the time passed, Boldt counted down the spinal taps and eventually the days to her last oral chemo treatment.

“I was in Ohio with my mom and one of my closest friends attending a horse show that I had entered my horse in,” Boldt said, beaming with joy. “I contacted my dad and brothers via FaceTime, so they could be a part of my last treatment. I took my last pill at 9:15 p.m. It really didn’t sink in until the next evening when the evening came, and I didn’t have to take a pill. It was amazing. I cried because I was incredibly excited and overcome with joy. It was the end of my treatments. It finally came.” 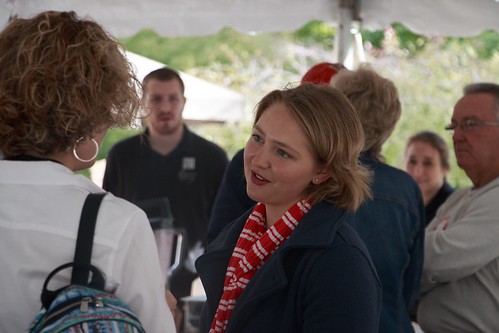 Boldt says that she can optimistically look forward to her future now. Now, at 16 years old, she has been inspired to become a doctor and work with children. In the meantime, there is to be no grass growing under her feet. She has been nominated and is currently campaigning for the Leukemia and Lymphoma Society’s Indianapolis Chapter Woman of the Year Award. This is a 10-week campaign, from the beginning of March through mid-May, to raise as much money as she can for the Leukemia and Lymphoma Society. The winner is the candidate that raises the most money.

“This campaign is personally important to me as I have benefited from those who have previously donated to The Leukemia and Lymphoma Society and the subsequent research as a direct result of their donations,” Boldt expressed. “During this campaign, it is my goal and the goal of the other nominees is to raise as much money as we can. However, in order for me to be successful in this endeavor, I need to call, once again, on my friends and members of the local communities to assist by donating to my campaign.”

The official fundraising period begins the day of kickoff, Thursday, March 3 and runs through Saturday, May 14. Checks should be made payable to The Leukemia and Lymphoma Society. All donors should write the candidate name in the “memo” portion of the check.

Boldt is out speaking to raise awareness and funds on behalf of her campaign. She has spoken in front of her classmates at Brebuef Jesuit and will be hosting fundraising events throughout her campaign, sharing her story of survival and passion to fund research and ultimately live to see a cure to all types of leukemia.

When asked what words she would like to share with children fighting their battles, she replied, “I know that life is rough right now, and it may seem like this is never going to end, but there is a light at the end of that tunnel. It’s just really hard to see right now. It will become brighter as the days go by. You can get through this. Don’t give up.”

For more information on Abigail Boldt’s story, her campaign and how to donate, visit her page at http://www.mwoy.org/pages/in/indy16/aboldt.