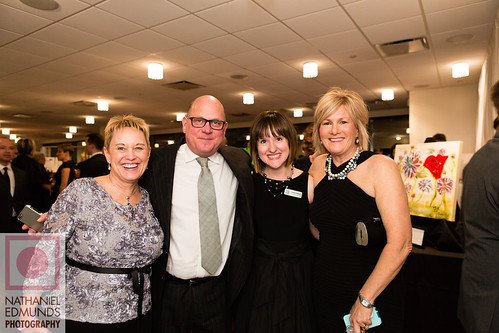 It has been an incredible privilege to help promote an organization that is as exceptional as Best Buddies Indiana as well as serve a media sponsor for their annual gala. We are pleased to share with our readers the latest progress that the staff and volunteers have made in 2015 and will continue in 2016 as they enrich the lives of children and adults with intellectual and developmental disabilities (IDD).

The efforts made by the Best Buddies Indiana board of directors, staff, gala auxiliary committee, sponsors, donors and volunteers resulted in raising approximately $133,000, the largest amount raised at a singular fundraiser for the organization to date.

We sat down with the Best Buddies Indiana State Director Natalie Seibert. She expeditiously worked her way up from Program Manager in 2008 to her current role and contributed to the organization’s increased revenues from their annual gala and Friendship Walk.

Seibert spoke about the organization’s focus and what they hope to achieve at this year’s gala, “A Celebration of Friendship.”

“We are excited to have new individuals and companies that are getting engaged in our gala through sponsorships and volunteer opportunities,” Seibert said. “Some of these people became involved after attending our events in 2015 and were exposed to our mission and our programs. We used last year’s gala as a platform to advocate the most recent addition to our organization, the Citizens Program. This program serves adults with IDD and matches them in a friendship with adults without disabilities.”

In 2016, Best Buddies Indiana is focused on establishing the Best Buddies Jobs program, the only program that is not currently available in the Indiana chapter.

“Beyond our Citizens program and outside of the school environment, there are not as many opportunities available to adults with IDD,” Seibert explained. “Many are not working due to a lack of transportation and are staying home by themselves, not interacting with other people. The Best Buddies Jobs program works on providing supported integrated employment for individuals with IDD. This program has been very successful in other states and is now a primary focus for Best Buddies Indiana.” 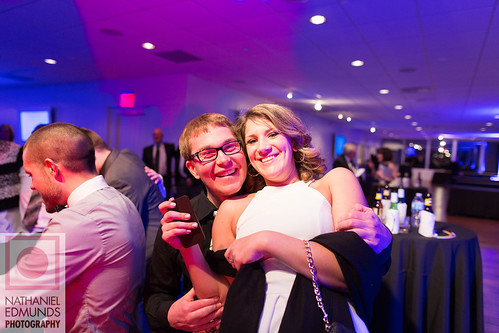 In 2015, Best Buddies Indiana was contacted by the Human Resources Department for the City of Indianapolis. Their office had heard about the Best Buddies Jobs program through a nationwide challenge that was issued to mayors across the U.S., encouraging their offices to hire individuals with IDD.

“Mayor Ballard was really enthusiastic about that challenge, and the connection to our office was made,” Seiger said. “Since we did not have the jobs program in place or the staff on board, we worked with the city’s HR department, and they identified the job opportunities for our Best Buddies participants. Next, we went through a process of screening potential and interested candidates and sent those individuals to the city to interview with their staff.

“They selected two candidates and extended job offers. Currently, we have two Best Buddies Indiana Jobs Program participants that are working for the city in the HR department. These individuals started in the summer of 2015 and have continued their employments. This is so exciting on so many levels for everyone involved.”

Seibert elaborated on the positive impact that these jobs have had on their participants and how this experience has helped to lay the foundation for a Best Buddies Jobs Program to be launched in Indiana. The opportunity for adults with IDD to be part of a team environment, interact with peers and have assigned tasks and a meaningful job is just as important to an individual with IDD as it is to a person without disabilities.

The ability to earn a paycheck is another rewarding aspect. The Best Buddies Indiana organization is currently in discussion with an Indianapolis-based foundation about the possibility of securing start-up funds to launch the program later in 2016 or 2017. While they are optimistic about this joint venture, they will continue to rely on the charitable donations of their donors and corporate sponsors to support their existing programs.

“We are excited about the possibilities and have our fingers crossed that everything will fall into place this year,” Seibert said optimistically. “If we are able to move forward this year, we will hire a staff member in 2016 and another in 2017 who will be solely focused on the jobs program. We will continue to advocate and engage with companies who are interested in making a positive difference with us and want to hire adults with IDD.”