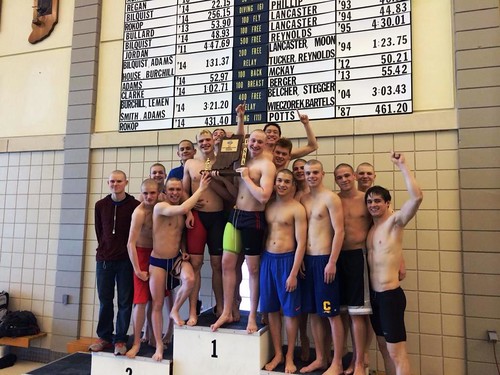 It would be easy to assume that the boys swimming team at Carmel High School could fall victims in shouldering a growing inferiority complex.

Why? Well, think about these numbers that the male Greyhounds have attained in the last 26 years or since they won their first team state championship in 1990:

• The boys swimming team has won 15 of the last 26 Indiana state team swimming championships. That is a whopping 60 percent of the titles that have been handed out during that time period.

• The Greyhounds hold the five largest victory point margins over second place finishers in the state finals. This gap includes the outlandish 226-point difference over runner-up South Bend Riley in 2003.

• Their point total of 253.5 in February was the highest team point total in the IHSAA meet in the last 12 years.

• The all-time individual record holder in boys competition is Jason Lancaster, who won 12 championships from 1991-1994. Oh, yes, Lancaster wore the blue and gold Carmel swim trunks in the competition at the IUPUI Natatorium.

With all of these glittering marks, you probably are wondering why a potential inferiority complex. Well, you may wish to Google Carmel Boys Swim Team. Most of the stories on the Internet tell about the spectacular results of another swimming team at Carmel. That is the girls team that has reeled off a record tying 29 consecutive state championships and a team that was featured on numerous newscasts during their never ending title onslaught in February. 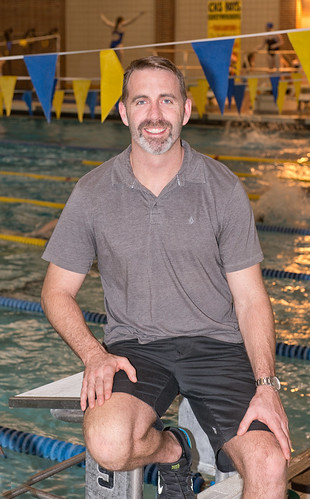 “Oh, it is something that happens,” said coach Chris Plumb, who coaches both the boys and girls teams at the high school and who has turned out countless boys and girls standouts at the Carmel Swim Club. “But really it has not been a problem.”

In fact, both teams share the success of their counterparts. That code of respect is a driving force pushed by Plumb, who blends together his coaching strategies at the Swim Club with the two high school teams. Plumb, a former swimmer at Indiana University, borrows a quote from President Abraham Lincoln on his Twitter account that states, “Commitment is what transfers a promise into reality.”

That commitment was beyond waist deep for the boys team this season. After coming up empty-handed in chasing state championships in 2013 and 2014 (Chesterton won both years), the Greyhounds forged a new roadmap this February. A total of 15 swimmers qualified for the state meet and that depth played a crucial road in achieving the big trophy. Ironically, Carmel won only one event championship in the 200-yard medley relay, the meet’s first race.

But the Greyhounds finished second in five events and grabbed a third in another event. Thus, the victory was never in doubt, though prognosticators thought that Avon and Zionsville could top Carmel in team points.

“It was a great team effort,” said Plumb. “Winning the state was our goal. There were a lot of guys who helped our team during the season and at the state.”

Plumb had to also mix in new talent that arrived at Carmel last summer.

The Greyhounds picked up exceptional transfers in seniors Gabe Whitaker of Westerville, Ohio, and Nathaniel Bledsoe of Westfield; and sophomore Charles Vaughan of West Lafayette. The trio was part of a reported 700 Indiana athletes who transferred schools this season.

“People want to come to Carmel because it’s a great place to live,” Plumb told the Indianapolis Star. “I can’t stop people from coming to Carmel.”

Each of the transfers performed big in the state meet. The transfer trio joined junior Troy Li on the medley relay team. Whitaker and Vaughan combined with junior Harrison Stuckey and senior Reilly Garman on the 200-yard freestyle relay team that snared a second place finish; Vaughan finished third in the 100-yard breaststroke and fifth in the 200-yard intermediate; and Whitaker took second place marks in the 50 and 100-yard freestyle races to future Tennessee swimmer Kyle DeCoursey of Zionsville. 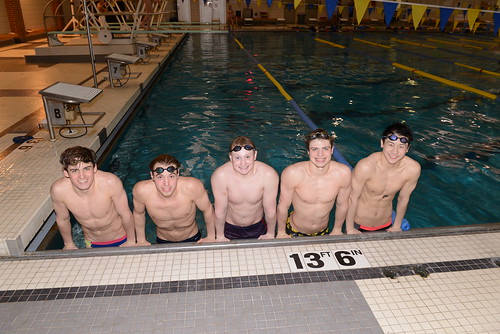 Meanwhile, Bledsoe, who will swim at Penn State next year, possessed a second place mark in the 200-yard intermediate and a fifth place in the 100-yard backstroke.

“Overall, it was one of the best seasons that I have had,” he told reporters. “Being able to win state made me realize how awesome that felt.”

Another key performer was Li, who moved to Carmel from China at 8 years old. Li finished second in the 200-yard freestyle and was part of Carmel’s 400-yard freestyle relay team, joining Bledsoe, Garman and senior Adrian Jordan for a sixth place ranking.

“It’s all about making sure that each athlete’s individual needs are met and that they are going to be the best they can be in the design of helping the team,” said Plump, who was inducted into the 2011 Indiana Swimming and Diving Hall of Fame.

Did Lincoln say that too?