The Renaissance of the Custom Home Builder 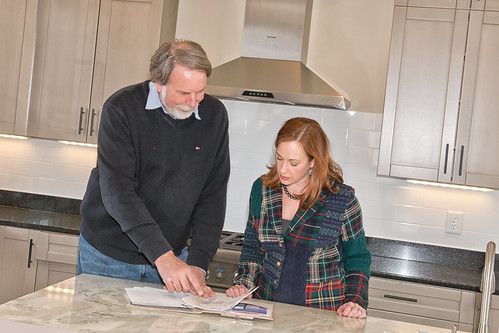 To survive the “Great Recession,” builders had to make some tough choices in order to keep building in and around the communities that they had helped shape, brick by brick. Local custom home builders John McKenzie with McKenzie Collection and Dale Woodall with Woodall Homes and Remodeling tell us how they weathered the worst economic storm that devastated the local and national economies, officially beginning in December of 2007 and continued to gravely affect the real estate and building markets over the last five years.

Why was this recession so much more devastating to the real estate market compared to recessions in the past decades?

Woodall: The property values devalued, and it got to the point where you couldn’t be profitable building a high level, custom product. The appraisal situation played into the downturn in a big way. The appraisals were restructured, and the appraisers began working directly with the banks. The real estate professionals and builders were no longer part of the appraisal discussion, and subsequently the appraisals became focused on the square footage rather than the overall product. Additionally, the resale market product was being appraised for less than what people owed on it, and as a result, the market was turned upside down. In the five years following that time, the industry changed in our location more than it had in the 25 years prior, in the way that property was purchased, financed and appraised.

What immediate changes to your daily operations did your company implement
as a direct response to the market crisis?

McKenzie: Businesses could no longer have the overhead to handle some of the day-to-day details and so we created a very small team within our organization. As a result, that allowed us the opportunity to establish and differentiate ourselves from the national and regional builders. It continues to give us that marketing angle that the customer is meeting with the ultimate decision maker and will get more personalized service. In short, we can offer a customized product that the national and regional builders aren’t capable of producing. We survived the recession because we made some quick decisions to scale back and really focused on being a local builder who will be with our customers throughout the building process.

How did your company adapt to the market during and post-recession?

Woodall: Suddenly, there was an incredible inventory of existing homes that were now available at a great value and people were buying those before contracting to buy a new home. When the market collapsed, people were able to go out and buy product for a lot less than it was originally valued, and allowed them to go in and do major renovation projects in their home. Some projects are as major as stripping the home down to the studs, blowing out walls and redesigning major areas of home like the kitchen and bathrooms. That was when I turned my focus to the high-end renovation projects in addition to new home construction. 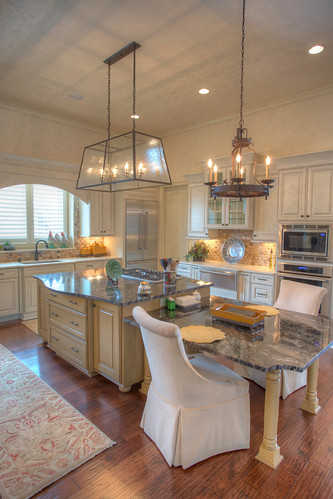 How have people changed the way that they design and build their homes in the local markets?

McKenzie: We found out that the market was changing. People look at their home differently than they used to as far as not creating as many formal spaces. We saw what happened with a lot of the large square foot homes when the market crashed; and people are building smarter and are more thoughtful about how they use their space.

As a result, floor plans were drawn more open and large gathering areas are replacing those formal and segregated rooms. We are implementing the principles of universal design when designing and building a home, so that people can live in it today with the goal of not having to leave their home due to their age. They will be able to navigate doorways and bathrooms without compromising how they get around. We have seen condensing of the space and readjusting it with areas that are easy to entertain in, are more casual and have a high finish level to where they enjoy where they spend their time.

Woodall: Whether I am building a new construction home or renovating an existing residence, we are designing with more open spaces and a better flow throughout their home while adding high level amenities. It is important for me to interact with my prospective customers and learn about the way that they are living in their homes. The home needs to be less of anchor to most people today. People don’t usually want to spend an entire weekend maintaining their homes and lawns. We have eliminated wasted square footage and create open interior spaces that are flexible and create outdoor areas that are additional living areas but are easy to maintain.

With developed land becoming scarce in the local counties and the competition amongst not only local but the regional and national builders becoming fierce, how do you compete and stay relevant?

McKenzie: It makes it tougher for the smaller local guys to compete because the larger national and regional builders bring a lot of money and the ability to perform and sell. That is alluring to land owners and developers, but I think that there is a market need for more of the custom boutique builder that is able to build and provide a custom home that the larger companies cannot. Building relationships and networking with city planners, bankers, is essential for the smaller builders. Marketing, social media and testimonials are essential to creating a niche and a following. There will always be a market for the custom home builder, but it will still be on each individual builder to be out there marketing and differentiating themselves. 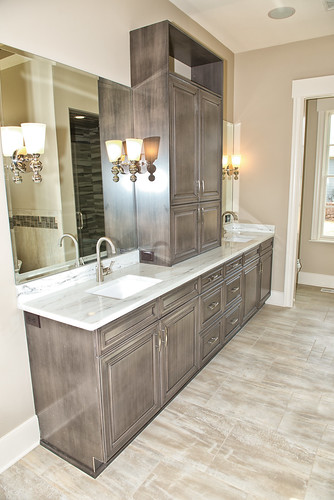 Woodall: The Indianapolis-area market once had a very strong base of independent custom home builders for a number of years. There was a time that we had 400-plus custom builders in Central Indiana. Now you would work hard to find 100. It is obviously a very competitive market in which we are now competing with the larger regional and national companies in addition to other independent home builders. It is vital for the independent home builders to be present and relevant to our potential customers. Over the last few years, I have had a number of customers decide to stay in their existing homes. They have a sentimental attachment to the home that they have raised their families in and to their neighbors. So I offer them the option of redesigning their home to fit their lifestyle and make it accessible for them in their later years of life. There will always be a market for this type of re-design and customized work.

Woodall and McKenzie have been celebrated custom home builders for the last several decades. Woodall has been building in Hamilton, Boone and northern Marion Counties for more than 35 years. He has built over 75 homes in the Village of WestClay in Carmel and has built in the Timberwolf, Woodlands at Irishman’s Run Farm, Fox Hollow Ridge and Austin Oaks communities in the Zionsville area. He also builds on privately owned lots in the aforementioned counties. Woodall is married, the father of five children and two grandchildren.

McKenzie, along with his brother Jim, have been building as partners since 1990.

They build in Boone, Hamilton, Hancock and Marion counties. McKenzie has built in several notable communities such as the Village of WestClay, The Cottages at Stonegate, The Willows, Bridgewater Commons and Waterford at The Bridgewater Club. Their newest projects include Jackson’s Grant at Williams Creek, Mill Ridge Farms at Brooks Park and Chatham Hills, a new community located in the heart of Westfield that will be home to a Pete Dye golf course and 15-acre dog park. John is married with two daughters.